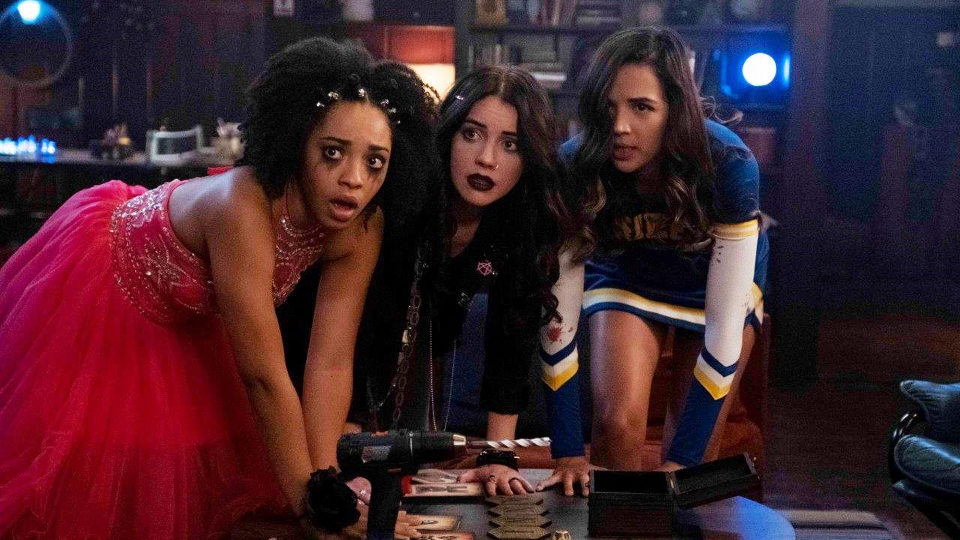 Arrow Video FrightFest have announced the line-up for their annual Halloween event and it looks like 2019 is going to be another great year for horror fans.

The day is set to begin with the European Premiere of Josh Hasty’s Candy Corn, starring an impressive all-star genre cast (including Tony Todd, who also exec-produces). This will be followed by the UK Premiere of Marc Meyers’ 80s throwback horror comedy, We Summon the Darkness and the UK Premiere of Kevin McTurk’s The Haunted Swordsman.

Next up is the International Premiere of Uncanny Annie, directed by Paul Davis followed by the UK Premieres of Swallow from Carlo Mirabella-Davis and Trick from Patrick Lussier.

The finale presentation is Scare Package which introduces us to the next generation of horror directors, with eight talented filmmakers each taking a different horror sub-genre.

Alan Jones, FrightFest co-director, said today: “Get your knives out, your chainsaws revved up and your machetes raised as FrightFest, the UK’s biggest and best genre event returns to the Cineworld Leicester Square on Saturday 2nd November for a morning of mayhem, an afternoon of anguish and an evening of evil in a day of the dead extravaganza. Happy Halloween everyone!”

Find out the times and more about the films below…

Synopsis: It’s Halloween in Grove Hill, Ohio. A traveling carnival arrives for the weekend and local outcast, Jacob Atkins, is hired as one of the freaks in the main attraction, ‘Dr. Death’s Side Show Spook House Spectacular’. But the local bullies are planning their annual public hazing of Jacob, only this year things go too far, a monster hungry for blood is created by one of the carnies … and revenge never tasted so sweet.

Synopsis: Be careful what you pray for! It’s 1988 and people are terrorised by a nationwide rash of apparently satanic murders, which appear to be connected to kids who go to heavy metal concerts. Three girls meet three guys at one such gig and go back to Alexis’ family’s country house for a debauched after-party. There the boys learn to their horror that the girls are not the enthusiastic rock fans they seem to be, but something much more terrifying.

Synopsis: Kevin McTurk’s handcrafted epic puppet film, follows a Ronin samurai (Jason Scott Lee) on a supernatural quest for vengeance with only a severed head (James Hong) as his guide.

Synopsis: On Halloween night, a group of college students get trapped in a mysterious board game that brings their darkest secrets and fears to life, where they must play to escape…and win to survive.

Synopsis: Hunter is a newly pregnant woman whose idyllic existence takes an alarming turn when she develops a compulsion to eat dangerous objects. As her husband and his family tighten their control over her life, she is forced to confront the dark secret behind her uncontrollable obsession.

Synopsis: Halloween night in Benton, New Jersey, 2015, and the student they call Trick suddenly freaks out and causes a bloody massacre. Injured by his friend Cheryl, Trick is taken to hospital but miraculously escapes…. and every October 31st returns to cause further murderous mayhem. Detective Mike Denver promises to bring the seemingly unstoppable killer to justice – a vow that begins to border on obsession as he becomes convinced they are dealing with a supernatural entity.

Synopsis: Chad Buckley is a lonely horror aficionado spending his days at his struggling video store, where he argues with his only regular customer, Sam. When Hawn, an unsuspecting applicant, shows up, Chad teaches him about the Rules of Horror, much to Sam’s chagrin, illustrated by different hilarious horror shorts, each one geared at cleverly subverting a unique set of terror tropes. As Hawn learns the ropes, he suspects Chad of something sinister, while he too may have a secret of his own.