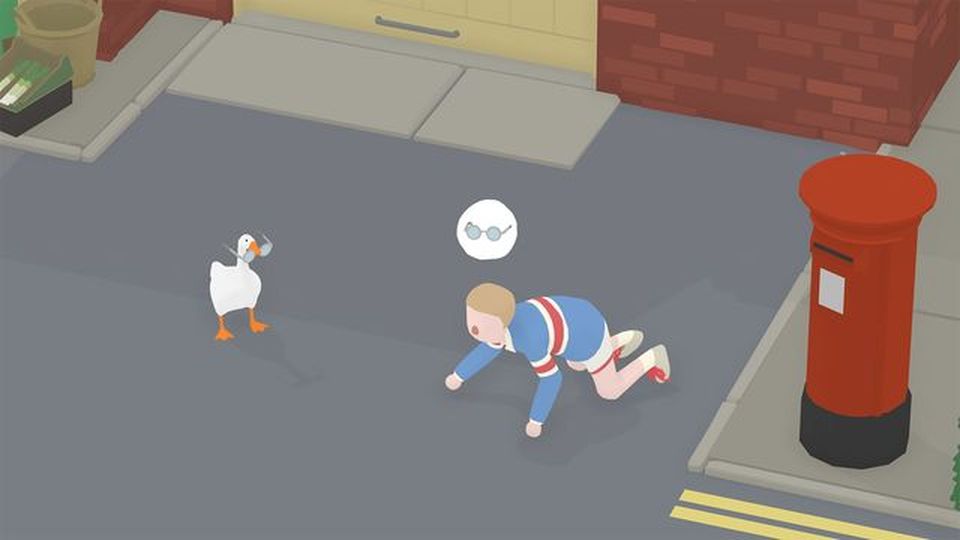 Untitled Goose Game, developed by House House, has been taking the gaming scene by storm of late. Seemingly coming out of nowhere it has captured the heart and imagination of many gamers, myself included. So what is Untitled Goose Game all about? In short, you play the role of a goose and your aim is to cause mayhem in the local village by moving, stealing and breaking stuff. In a nutshell, your aim is to become the ultimate thief, breaker of things and all-round cleptomaniac feathery bastard.

The graphical style and simple controls of Untitled Goose game mean that it should have quite a broad appeal and my 5-year-old son seems to enjoy it as much as I do. In fact, he’s been better at figuring out some of the puzzles than I have so I need to be wary of his devious mind going forward!

If you want to see the game in action check out our video review below:

In each area of the game you are given a to-do list that can range from stealing this and that to breaking specific objects to name but a few. The puzzles start off quite simple but later on they do require a fair bit of thought and there is no greater pleasure than watching the chaos you’ve caused unfold as you run off into the distance honking your head off.

In the first area, you are tasked with stealing a load of swag for your own picnic, sinking a rake into a lake and gaining entry into a garden. Your first task is to gain entry and this is done by causing the groundkeeper to open the gate. I won’t reveal how to do it but this is your first taste of using the power of distraction in order to achieve your goals.

There aren’t really any downsides to the game other than it is a little short, it takes about four hours or so to play through. Despite this, each and every second you spend playing the game is an absolute delight. You should also keep in mind that the price tag isn’t too hefty, I picked it up for £11.99 on the Epic Games Store so I feel for the price there is certainly enough game for the money.

I would recommend Untitled Goose Game for those of you out there who like puzzle games, who want something casual that doesn’t require too much time or people who are heavily into Geese!

Untitled Goose Game was reviewed using a digital code purchased by the reviewer.