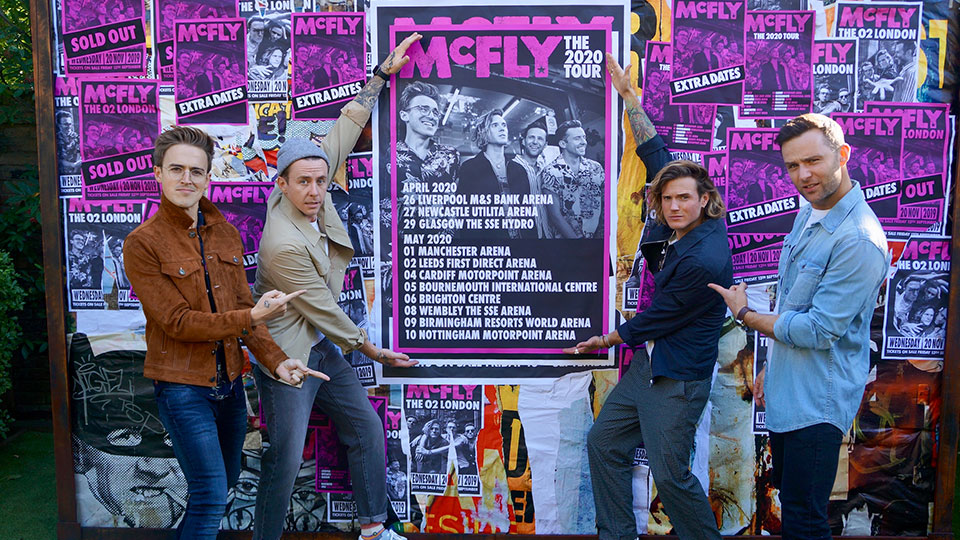 McFly have announced an extensive headline tour for 2020 known as The 2020 Tour.

The new shows come after the band sold-out their first-ever show at The O2 Arena in minutes, which takes place this November. The 2020 Tour will take place in April and May next year.

McFly recently announced that they would be releasing new album Lost Songs, a collection of unreleased material that was recorded after their last album Above the Noise and before the band joined forces with Busted for McBusted. The album will be freely available on Spotify and all major platforms, with the band releasing one song per week.

The 2020 Tour promises to be a spectacular experience. The band will play their best-loved mega-hits such as All About You, Obviously, Star Girl, One for the Radio and Shine a Light.

They will also perform selections from the Lost Songs.

Tickets are available from https://ticketmaster-uk.tm7559.net/rNVKv.