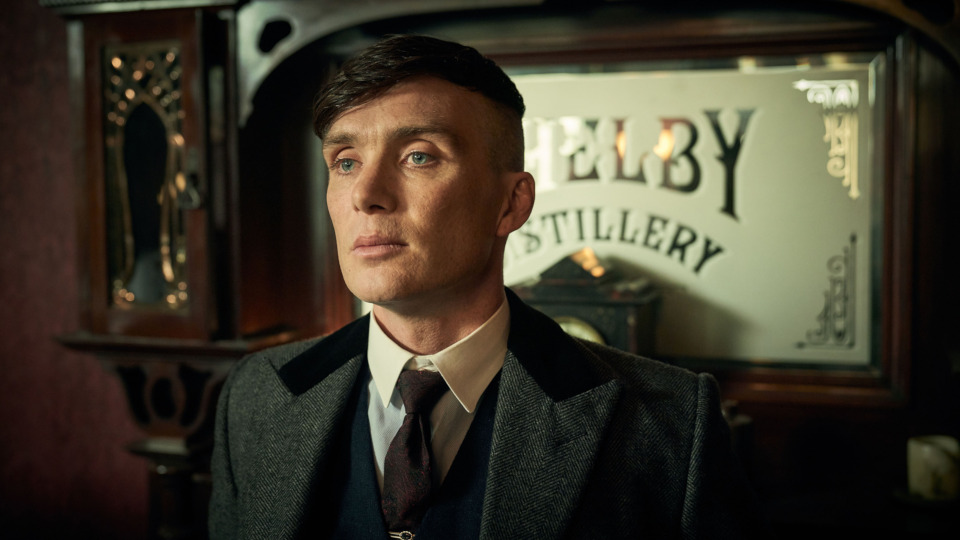 Peaky Blinders series 5 has been a riot so far and tonight’s episode is the culmination of some very tense build-up. There has been tension between Michael (Finn Cole) and the rest of the Shelbys, Tommy (Cillian Murphey) has been struggling to keep it together and has frequently been contemplating suicide, there is a leak in the business given how easily the first opium shipment was attacked, Arthur (Paul Anderson) is clearly unravelling one strand at a time and there’s the assassination of Mosley (Sam Claflin) to complete. What will be resolved and how in this final episode? All will be revealed…

The episode begins with a meeting between Tommy and Winston Churchill. Churchill is curious as to what  Tommy is up to given his involvement with Mosley and the fascists. Throughout the discussion, it is made clear that Tommy and Churchill are very much on the same page and gives his blessing for Tommy to do whatever he needs to do to remove the threat of Mosley.

Back at Peaky Blinders HQ, Finn (Harry Kirton) and Billy Grade (Emmett J Scanlan) are having a drink and few lines of snow as they discuss the football rigging enterprise. This is interrupted by Arthur who, quite frankly, becomes the most menacing I’ve ever seen him as he intimidates Billy. Arthur makes it clear that Finn shouldn’t be talking shop with people from outside of the family.

The entire Shelby family are called together for a family meeting which is hijacked by Michael as he announces his desire to fully take over the Shelby enterprise given how profitable the opium smuggling business he is running is likely to be. He talks about ushering in a new generation whilst the older take a step back. As expected this doesn’t go down well with Tommy who literally throws Michael’s plan on the fire. The scene ends with Michael and his wife Gina (Anya Taylor-Joy) saying that they’ll have to try the second way of getting their plan into motion but as of yet we don’t know what this is.

At the Garrison Pub, Arthur and Tommy are waiting for Mickey the barman. They have found out that he has been leaking information regarding the goings-on of the Shelby business and needless to say they are less than impressed. After Mickey admits it, Tommy puts a bullet in his head whilst Artur has a mini nervous breakdown. After this casual murder, Tommy then announces, even more casually that he’s off to meet a friend in Margate.

In Margate, Tommy is meeting up with non-other than Alfie Solomons (Tom Hardy). He wants Alfie to arrange some Jewish muscle to cause trouble at the upcoming rally being held by Mosley in Birmingham where the plan to assassinate him will play out. As you would expect from Alfie, this exchange is both dark and comical and I’m delighted to see the return of my favourite character of the entire show.

Back in Birmingham, Polly (Helen McCrory) is waiting for Tommy and ends up handing in her resignation from the Shelby company. This clearly puts Tommy on edge and he attempts to call other family members but no one is answering. He ends up at the canals asking Charlie about how his mother died. Charlie tells a very sad tale that I can’t do justice to here.

Finn is still drinking with Billy and lets it slip that they are shooting a fascist tonight. What does Billy do? he only reaches for the bloody phone, clearly planning on letting Mosley’s people know.

At the fascist rally, everyone is getting into position. The sniper is in place, the Jewish muscle is on the way to storm the place and cause a distraction and Aberama (Aidan Gillen) is lurking in the wings waiting for his chance to have his revenge on Jimmy McCavern (Brian Gleeson). Mosley takes the stage and begins to work the crowd winding them up into a frenzy. The Jews now bust in and start a fight at the back of the theatre pulling the Billy Boys away from the stage in order to help. This leaves both Jimmy and Mosley exposed.

Tommy gives the signal for the sniper to take his shot but before he has a chance to fire he is killed by an unknown gunman. Simultaneously, Aberama is stalking behind Jimmy, just as he gets close he ends up being brutally stabbed to death himself. Tommy’s plan has fallen apart right at the very end due to the phonecall made by Billy.

The episode ends with Tommy walking into fog back at his estate. He is distraught as he feels he has finally met the man he cannot beat in Mosley. In the mist waiting for him is Grace (Annabelle Wallis) who has been haunting his visions for the whole series. She is encouraging Tommy to kill himself so that he can join her in the afterlife. The last thing we see is Tommy screaming into the camera with a revolver put against his own head.

Harrowing scenes indeed and I think it’s great that the writers have ended the series with Tommy the anti-hero seemingly have lost at pretty much every level. The family is falling apart, he has a mole in the form of Billy and Mosley has proven a formidable opponent throughout. On the bright side, at least Alfie Solomons is back!