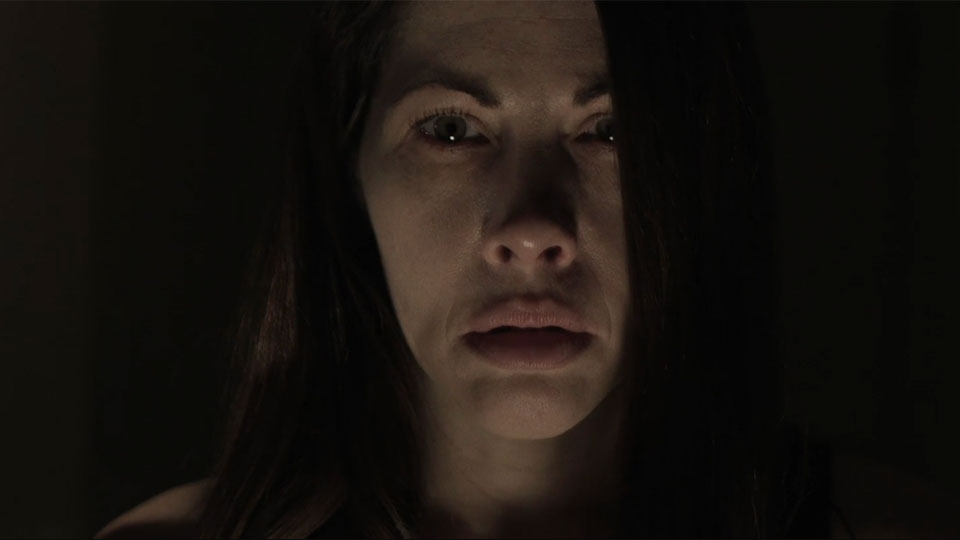 Married couple Amanda (April Hartman) and Jack (Tom Zembrod) Harms move to a secluded house following the death of their daughter Sarah (Savannah Solsbery). Hoping to make a fresh start, the couple face issues as Amanda battles a deep-rooted depression while Jack is eager to put things behind them and move forward. With secrets unspoken between them, the rift begins to deepen and the past comes back to haunt them.

Silhouette is from writer/director Mitch McLeod and it’s an ambitious film made on a budget of only $25,000. That’s an impressive achievement and somehow McLeod has managed to bring his vision to life without noticeably cutting any corners. Essentially Silhouette is a drama that explores the impact of losing a child on a married couple and there are some parallels to be drawn here with the classic Don’t Look Now. It’s clear very quickly that Amanda and Jack are at completely different stages in their grief, which makes it very difficult for them to communicate with one another or co-exist.

For Amanda she feels the pain in every fibre of her being and McLeod really explores the depths of her depression. Actress April Hartman gives her all to the role and her performance is gut-wrenching. You can’t help but feel for her as her character goes to hell and back, trying to figure out a way to move forward in a life that now feels empty and devoid of meaning. Jack on the other hand, wants to get things back to normal, and fights temptation when new neighbour Dawn (Jessica Dawn Willis) catches his eye. He doesn’t want to betray Amanda and there’s a sense he wants his marriage to work but he’s also undeniably attracted to Dawn for her physicality and also because it would be a way out of his daily misery.

McLeod builds tension brilliantly over the course of the film. You never quite know what’s going to happen next and that keeps you hooked. He knows how to throw you off course when he wants to and there are some curveballs over the duration.

There are a few issues with lighting here and there, making some scenes so dark that it can be quite hard to see what’s going on. I would also say that at almost two-hours long, the film’s pace is a little slow with some scenes feeling unnecessarily repetitive. A tighter edit may have got the film down to a pacier 90-minutes without losing too much of the narrative.

Silhouette is an intriguing and engaging slow-burn horror film. If you’re after cheap shocks or gore, then this isn’t the film for you but if you’re after an in-depth look at the breakdown of a marriage with some dark elements, you’ll find plenty to enjoy. I would call Silhouette a ‘thinking man’s’ horror with strong performances and direction. The film isn’t perfect but it’s a bold statement that showcases McLeod as a film-maker to keep an eye on.