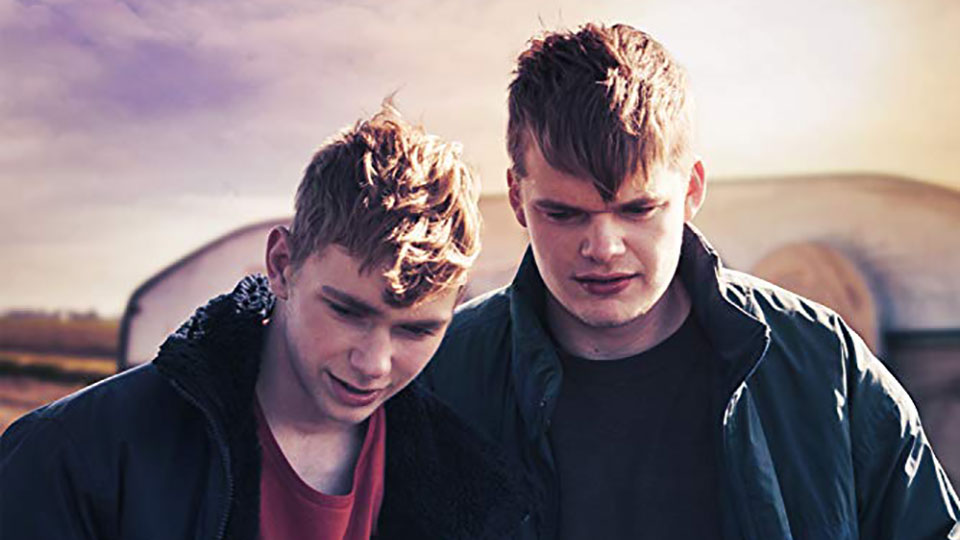 Alko (Henk Jan Doornbosch) works in a small rural community on the weekends alongside Bjorn (Liam Feikens) and a group of other boys. Gearing up for his first kiss with local girl Marie (Yamila Huft), Alko is nervous but he finds a confidante in Bjorn, who offers to help him out by showing him kissing techniques. What starts off innocently using their hands to practise on soon escalates leaving Alko fighting his own shame and embarrassment to uphold how the other boys think of him.

Dust is a short film that was made for Dutch TV by Joren Molter and written by Britt Snel. It’s essentially a coming-of-age drama about two boys that are undeniably attracted to one another but that can’t find the courage to act on it due to the pressures of those around them. Bjorn is the more well-adjusted of the two boys but his forthrightness makes Alko uncomfortable when they’re in public. Privately Alko is happy to show his friend affection, and more, but among their fellow workers he would rather pretend that he’s only interested in girls.

Sweet enough, Dust doesn’t offer anything particularly new to this theme. During its short run-time there isn’t really the opportunity to fully explore these characters. Alko gets the best character development and Bjorn never really rises from two-dimensional. Perhaps a lengthier film would have allowed for more depth but regardless the two leads do a decent enough job here.

Dust is an enjoyable watch but it’s nothing ground-breaking. Coming out and coming-of-age tales are plentiful in gay cinema so this one doesn’t particularly stand out. It’s well acted and directed, even if it is a little slow to get going, and it has enough sweet moments to keep you hooked. The climax leaves things on a fairly bleak note and you feel there’s more story to be told here.