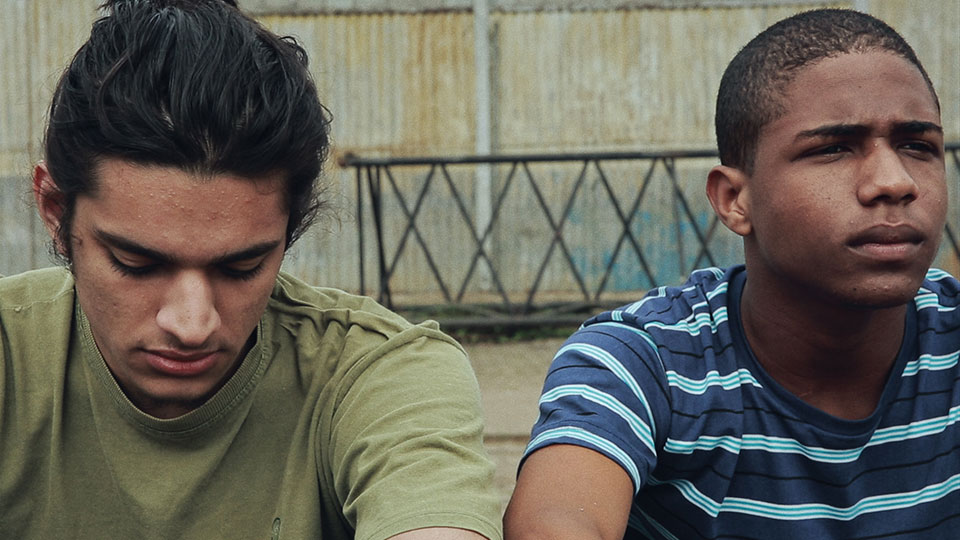 15-year-old Socrates (Christian Malheiros) finds his life thrown into chaos when his mother unexpectedly dies. With no one to turn to, Socrates tries to make ends meet by taking his mother’s job but when that doesn’t work out, he’s forced to find work elsewhere. One job leads him to meet the initially abrasive Maicon (Tales Ordakji) whom he immediately clashes with. The tension between them soon turns to romance but Socrates finds that getting his life back on track is going to be no easy feat.

Socrates is a heart-felt and compelling drama from film-maker Alexandre Moratto. At only 71 minutes in length, the film wastes no time and the opening scenes are pretty harrowing. The viewer is faced with meeting Socrates for the first time as he desperately shakes his dead mother, begging her to wake up. Once that jolt’s out of the way, things get progressively worse for Socrates and Moratto paints a very bleak life for the character. One of the most heart-breaking parts of the film is that Socrates does everything he should do to try and keep his life on track but life clearly has other plans for him.

His sexuality proves to be an interesting plot point. At 15, it’s possible he may not fully understand his sexuality but a scene later on in the film when he has a violent confrontation with his estranged father suggests that his sexuality has driven a wedge between his family. Things are further complicated when his relationship with Maicon turns from aggressive to romantic but the seemingly confident Maicon has secrets of his own, which are revealed to Socrates by the end of the film.

Through it all Christian Malheiros gives a breakthrough performance as the titular character. He chooses not to embrace the hysteria his character could so easily be consumed by, instead portraying Socrates as a determined fighter who wants to overcome his situation. Malheiros really pulls back the emotion of the character and I thought that made his performance more impactful. Tales Ordakji is good too as the unpredictable Maicon who one minute is being a nasty piece of work and the next a carer and protector for Socrates.

In many ways Socrates brought to mind the film Precious. The parallels between Socrates and Precious are clear, although unlike Precious there’s no hint of sexual abuse in Socrates past. What the two characters do share though is an upward struggle against their environment and the expectations of society. Despite its short run-time, Socrates packs a punch and it definitely makes an impact.