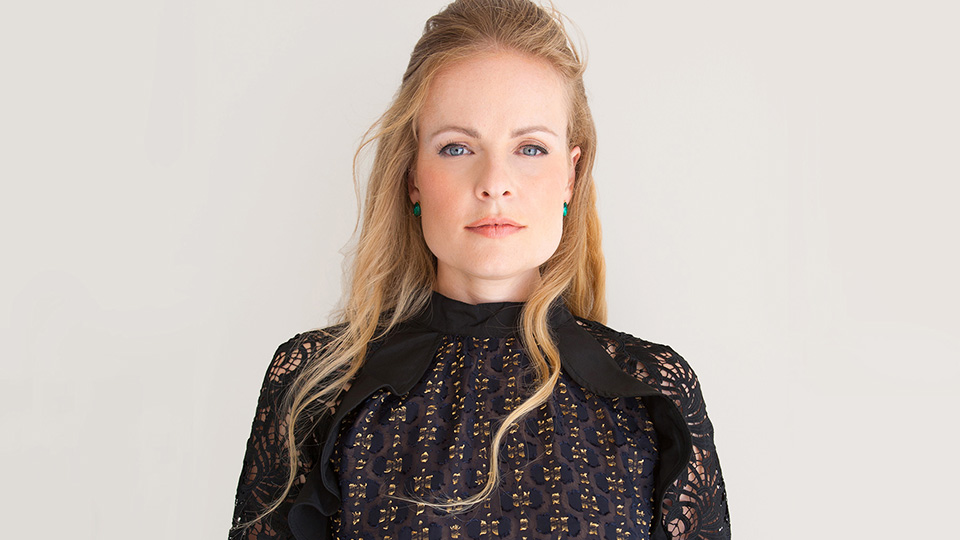 California Country singer-songwriter Alice Wallace released her fourth studio album, Into the Blue, earlier this summer. The album is her first released via Rebelle Road, an imprint found by three women with the aim of expanding the visibility of female artists in the Americana and Roots genres as well as supporting and strengthening the California Country music community. Into the Blue arrived earlier this year in the US and its release in the UK comes just ahead of a headline tour in October.

The album opens with The Lonely Talking, an acoustic-led mid-tempo moment that packs mood and Wallace’s distinctive vocals. A steady beat drives the track as Wallace’s restrained vocals give way to a soaring chorus. Lyrically the song is about losing yourself and acting a way you don’t recognise. It’s a bold start to the record and eases you in gently. Second track Santa Ana Winds tells the story of a wildfire made worse by the strong winds as a town of people try to get to safety and save as much of their belongings as they can.

Elephants is one of the first standout moments on the record. A playful guitar riff creates a nursery rhyme like feel while Wallace sings about drinking alone at a bar and trying to gently turn down the advances of men without hurting their egos. The song is particularly interesting in light of the Me Too movement as Wallace paints vivid pictures of forceful and cocky men, pushing their luck and name-calling if they don’t get their way.

Elsewhere on the record Desert Rose takes some inspiration from Mexico with a mariachi influence, Echo Canyon sees Wallace experimenting with some gentle yodelling, and Motorcycle Ride is a breezy summery track that strips things down to basics. The strongest track is the bluesy When She Cries as Wallace really lets loose with her voice and you can hear the power she packs. It’s a rare moment on the record where Wallace pushes her vocals and I wish there’d been more songs like this one here.

The gentle For Califia brings the record to a close. A fast-paced acoustic guitar riff accompanies Wallace’s strong vocal for a soft yet affecting end to the album.

Into the Blue is a solid album for Wallace and it certainly showcases her talents. For me, I’d have liked to hear some more of her vocal range than she displays here. She obviously packs a lot of power in her voice but that doesn’t always come through and some of the songs segue into the next one a little too easily. Into the Blue is a good introduction to Wallace if you’ve not hear her music before and it’s perfect to get into the mood for her upcoming October tour.

Advertisement. Scroll to continue reading.
In this article:Alice Wallace