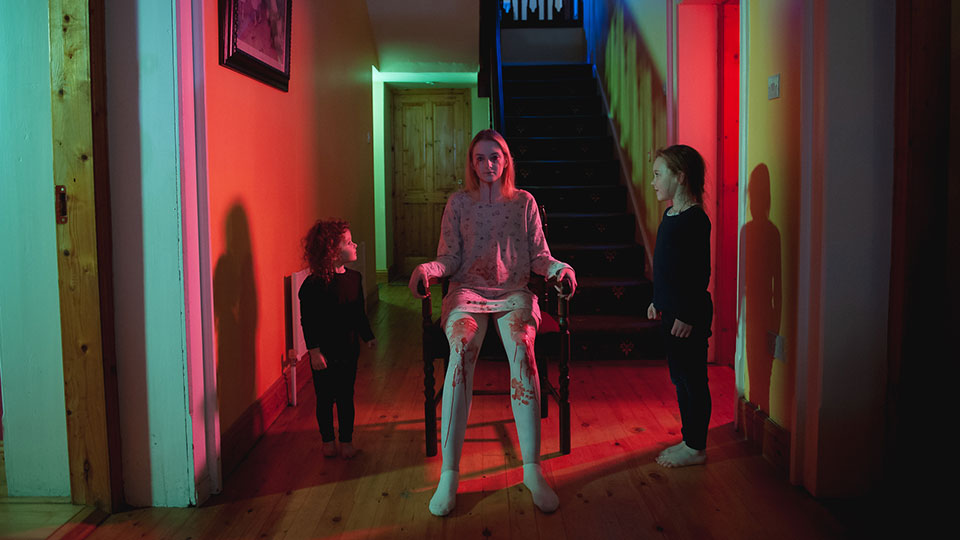 Sarah Dekker (Courtney McKeon) embarks on a whirlwind romance with Shane (Fiach Kunz) and after sleeping together on several occasions, she discovers that she’s pregnant. Not sure what to do, Sarah is left upset when Shane suggests they take a break before she gets chance to tell him about the pregnancy. Booking herself in for an abortion, Sarah’s life gets further complicated when her religious mother finds out and throws her out of the house. After going through with the abortion, Sarah returns to Ireland where she recuperates at her friend Davet’s (Paul Fitzgerald) family home. Consumed with guilt, Sarah is haunted by her abortion and plagued by horrific nightmares.

The Perished is the second film from writer/director Paddy Murphy. With abortion in the Republic of Ireland still very much a hot topic and often in the headlines, Murphy’s film captures the reality of falling pregnant by accident for women. Sarah knows that going through with a pregnancy as a potentially single unwedded mother is going to bring shame on her family but she also knows that if everyone found out she’d had an abortion, the damage would be similar. The scenes between Sarah and her mother are hard to watch, especially as you know that hundreds if not thousands have women have been in her shoes before.

Once Sarah is removed from her family, Murphy slowly builds the tension as our heroine starts to have troubling dreams and is plagued by the sound of a baby crying. Her friend Davet is completely oblivious and Sarah’s estranged boyfriend Shane has no idea what’s going on as she’s giving him the silent treatment. What Murphy does so effectively during the course of the film is bring out Sarah’s grief over what she’s done. Even though she knows she’s made the right decision, you still see her having to process the pain and the enormity of the situation.

At around the midpoint, The Perished gets much darker and more sinister, and there are some very good scares to be had. I don’t want to give too much away but there were definitely moments that I got Hellraiser vibes and it sent shivers down my spine. You can’t help but feel for Sarah as she’s constantly reminded on her decision and tormented by it.

While Murphy does a great job directing his cast, and he’s delivered a very tight script, there are a couple of issues with the film. One is around Courtney McKeon. For the most part she’s very good in the role of Sarah but I found in the more emotional moments, she struggled to convince and it felt like she was being a little more restrained than necessary. Perhaps it was an artistic choice but I felt like she was holding back a little.

The other issue comes with the film’s climax, which is a little messier than I was expecting given how tight and focused the film had been up to that point. The removal of one-character half-way through the film and then the sudden focus on one we haven’t spent much time with is a little jarring. Ultimately it does work and the final scene is chilling but I can’t help but wonder if a little streamlining would have packed an even bigger punch.

Quibbles aside, Paddy Murphy shows plenty of promise with The Perished. You can see his skill as both a writer and a director, and his premise for the film is engaging and unsettling. Add to that the current landscape in the Republic of Ireland in the context of the subject matter here, and I’d go as far as to say Murphy has been very bold. It looks like Irish genre films have got a rising star to keep an eye on and I can’t wait to see what he does for his next film.