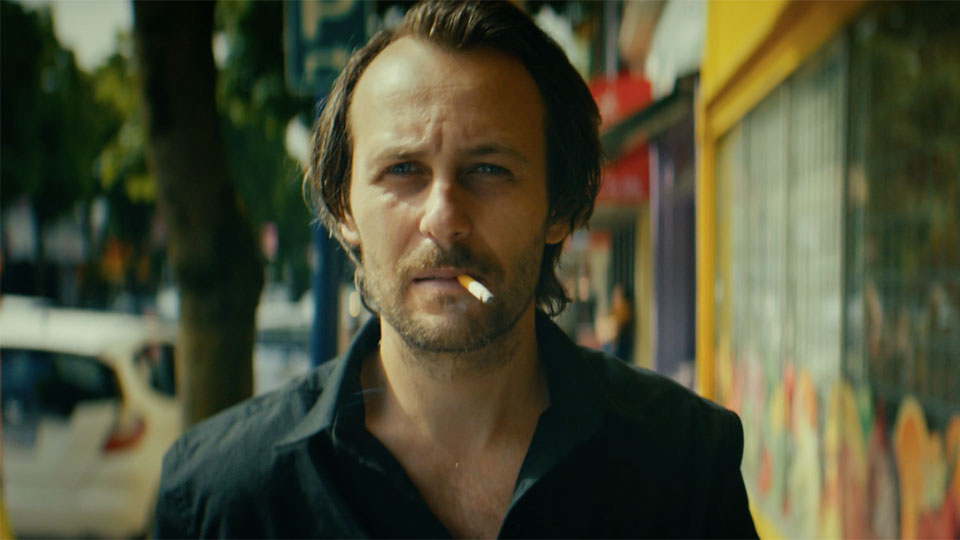 James (Adrian Glynn McMorran) has the gift of clairvoyance and is able to see things before they happen, making him a useful asset for criminal Ray (John Cassini) and his henchmen Sal (Frank Cassini) and Terry (Aleks Paunovic). Reluctantly agreeing to escort stolen diamonds, James is rocked when he has a vision of his own death. Assisted by Angela (Magda Apanowicz), a woman he’s just met but has seen frequently in his visions, James tries to prevent his death.

Volition is from director Tony Dean Smith who co-wrote the screenplay with Ryan W. Smith. With its feet firmly in the science fiction genre as opposed to horror, that makes this an unusual choice to be shown at Arrow Video FrightFest. For the first half an hour the film takes a little time to find its feet and you think you’ve got a very definite handle on what’s unfolding on screen. It’s fair to say that there’s little in the way of surprises during that time but then out of nowhere the film throws you completely off track with a rather clever twist.

I don’t want to divulge anything about the twist as telling you there’s a twist is a big enough spoiler. What I will say is that the twist changes everything and the film is much better for it. Until that point it feels like the film is a pretty formulaic crime drama with a supernatural edge but the twist turns it from watchable to utterly compelling. It’s helped by a superb central performance from Adrian Glynn McMorran, who really leaves nothing behind as James. He is frequently fearless but always sympathetic and he’s an actor I’ll be keeping an eye out for in the future.

Perhaps where the film could have been tighter is with its run-time. While the film is only 91 minutes long, the twist that kicks off the plot device for last hour becomes a little repetitive. I get that it was showing you James’ desperation with his actions but I could have done with around 10 minutes less. That being said, it does give a little extra screen time to both Magda Apanowicz as Angela and John Cassini as Ray, which is welcome. Both actors are strong in the film and they acquit themselves very well.

I’m aware that this might be one of the vaguest reviews I’ve ever written but to reveal the twist would be a huge disservice to the film-makers. Not being able to talk about it makes it very hard to say much at all but if you like film’s that challenge you and change your perception frequently, then Volition is for you. It may not be a perfect film but there’s plenty here to keep you hooked and the film-makers have done a good job of turning a seemingly pedestrian crime caper into something much more.