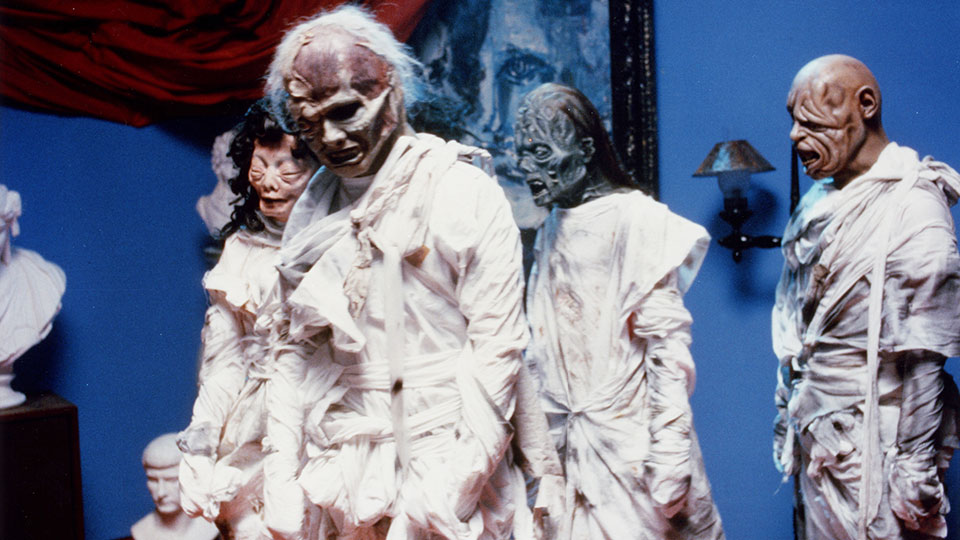 Singers Kan (Kan Takagi) and Shingo (Shingo Kubota) are invited to meet with Minami (Kiyohiko Ozaki) the president of talent agency Atomic Productions as both try to make their names in the industry. When they arrive for their meeting, they bump into fellow wannabe singer Marimo (Kyoko Togawa), who is trying to land herself an audition. Kan and Shingo agree to a deal with Minami and Marimo decides to put her dreams to one side so she can become president of their fan club. As the singers become famous, they quickly learn about the darker side of fame.

The Legend of the Stardust Brothers was originally released in 1985 and has rarely been seen since then. The film was written and directed by Macoto Tezuka, the son of Manga;s Osamu Tezuka, after he met musician and TV star Haruo Chicada, who had written the soundtrack for the film before it even existed. Using his considerable clout and influence, Macoto managed to get the film off the ground and attracted some big names, but on release the film was a box office flop and is now considered to be a cult classic.

What you shouldn’t expect from The Legend of the Stardust Brothers is a particularly cohesive experience. The plot is all over the place and the whole film is completely mad. Having sad that, intentionally or not, the film actually packs in some important messages that are relevant to today’s society. It warns of the lure of fame and the dark side of achieving your dreams in the music industry, and highlights the power and manipulation that artists are open to once they sign their life away with an agent or manager.

From a musical perspective, it’s easy to see how the film was influenced by the likes of The Rocky Horror Picture Show. The music is actually pretty decent, taking the viewer on a whistlestop tour of all things 80s. The songs are delivered with OTT gusto and they fit nicely with the generally madcap feel of the film. Whether or not they’re memorable is debatable but at the time of watching they are a pure sugar rush.

Everything in the film is heightened so I won’t talk too much about the acting here. Shingo Kubota and Kan Takagi embrace the absurdity of the film impressively as does Kyoko Togawa. You wonder if they had any clue what was going on while they were filming it as the film is so bonkers, it’s hard to follow with any degree of certainty.

The Legend of the Stardust Brothers is definitely an acquired choice. A very unusual choice for Arrow Video FrightFest, your enjoyment of the film will very much depend on how you feel about Japanese cinema and how tolerant you are of films that lack cohesion. One thing you can’t say about the film is that it’s boring but it’s not going to be for everyone and I suspect the audience is going to be incredibly niche.