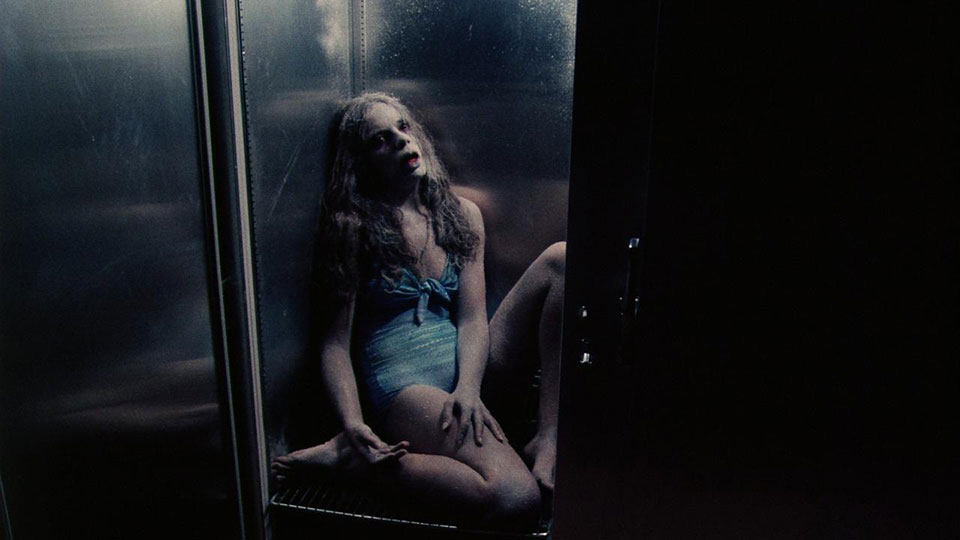 Rose (Marilyn Chambers) and her boyfriend Hart (Frank Moore) are involved in a motorcycle accident on a country road. While Hart escapes with only minor injuries, Rose is left in a coma and requires emergency surgery. Dr Dan Keloid (Howard Ryshpan) decides to use an experimental plastic surgery technique on Rose to save her life and after a month, she finally wakes up. Suffering from side effects after the surgery, Rose finds she has a taste for blood and acting on it turns her victims into zombie-like creatures.

David Cronenberg’s Rabid is considered a horror classic and it screened at Arrow Video FrightFest to coincide with the premiere of the remake by the Soska Sisters. The film has been given a 2K restoration, which looks and sounds pretty amazing. Screening a day ahead of the remake, and introduced by the Soska Sisters, Rabid is one of the jewels in Cronenberg’s work. Starring adult film star Marilyn Chambers in her first non-adult film lead role, Rabid is a hugely engaging film that has stood the test of time.

Revisiting the film at a time when zombie films and shows are at saturation point, it’s clear that Cronenberg’s film has been a reference point for many film-makers. The premise, once you put the slightly dodgy medical science to one side, is very simple with Rose feeding off the blood of her victims, which passes on a rabies-like illness that turns them into violent zombies. As Rose’s condition worsens, and she becomes more careless about choosing her victims, Hart is locked in a race against time to find her and stop her before a true epidemic breaks out.

The film’s biggest flaw is the lack of character development. Chambers give a solid enough performance but Rose is so two-dimensional, she doesn’t get a lot to work with. Cronenberg exploits Chamber’s looks and body to titillate the audience and it’s a shame that he didn’t give her more depth to show what she can really do as an actress. In some ways that’s a little by-the-by as the film is less about the characters and more about the horror unfolding on screen.

Rabid is undoubtedly a classic. While you may not require your brain to be switched on to enjoy it, it’s a pure guilty pleasure of a horror film. There’s plenty of shocks, violence and gore to keep fans of the genre happy and the story, while slightly thin, is enjoyable enough to hold your attention. At only 91 minutes long, the film is a breezy watch that doesn’t outstay its welcome and with the fantastic 2K restoration, fans of the original have another reason to seek it out on the big screen. Rabid is enormous fun and anticipation for the remake is considerably high.