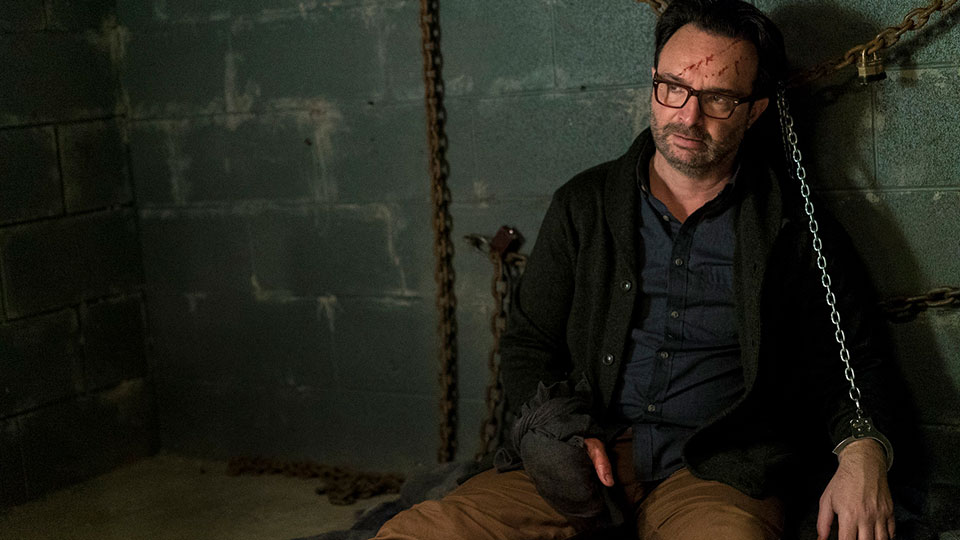 Wannabe writer Avery Malone (Sara Garcia) gets the job of a lifetime when she’s chosen to work with her favourite author Caleb Conrad (John Cassini) on his next novel. Escorted to a remote lodge, Avery has her phone taken away from her and when she meets Caleb, he asks her to consent to partaking in a series of tests based around fear. Eager to please, Avery agrees but as she gets further into Caleb’s tests, she starts to wonder what’s real and what isn’t as her nightmarish descent begins to take over.

Written and directed by Braden Croft, True Fiction is a mind-bending psychological horror that takes a little inspiration from Misery. Avery is a big fan of the elusive author Caleb Conrad, whose face has never been seen in public. Discontented with her own life, she doesn’t think twice about allowing herself to be locked in a house with a man she doesn’t know. As a viewer, you feel the panic set in fairly early on but it takes a lot longer for Avery to come to the same realisation.

Caleb appears to be an odd but generally pleasant man but once he starts to put Avery through tests that are reminiscent of A Clockwork Orange, things start to get a little crazy. What Croft does so successfully here is make you question what’s real and what isn’t. True Fiction is packed with twists and turns, and I admit at points I wasn’t sure what was going on or what to believe. The minute you get a handle on the plot, something changes and everything you thought you knew is turned on its head. Croft’s constant misdirections and reveals make you sympathise heavily with Avery, as you’re experiencing the same kind of disorientation as she is.

Sara Garcia gives a very strong performance as Avery. Her character goes to hell and back over the film’s duration and it requires her to utilise an impressive range. Garcia can go from scared to determined in the same moment, and she’s wholly convincing throughout. She’s well matched by John Cassini as Caleb, who ensures you doubt his character from the moment you meet him. Interestingly, you’ll go through a range of emotions and your allegiance will jump back-and-forth as the twists unravel.

There is a rather large shift around the mid-point of the film that some viewers may find a little jarring. The slow-burn approach that settles you into the film is replaced by a fast-paced intensity that hurtles you to the end. The conclusion is a little ambiguous and you can interpret it in a number of ways. Part of me wonders if that’s a purposeful creative decision so you go back and rewatch it. I definitely think seeing the film multiple times would be very beneficial.

True Fiction is a bit of a headscratcher but if you make the decision early on to just go along for the ride, you’ll get plenty out of it. Perhaps it could have been a little tighter in places but as a horror film it will definitely push you out of your comfort zone. Essentially a cat-and-mouse style story, True Fiction constantly reinvents itself and you’ll be hard pressed to guess what’s coming next. Croft proves himself to be a very inventive storyteller and True Fiction is sure to be a crowd pleaser.