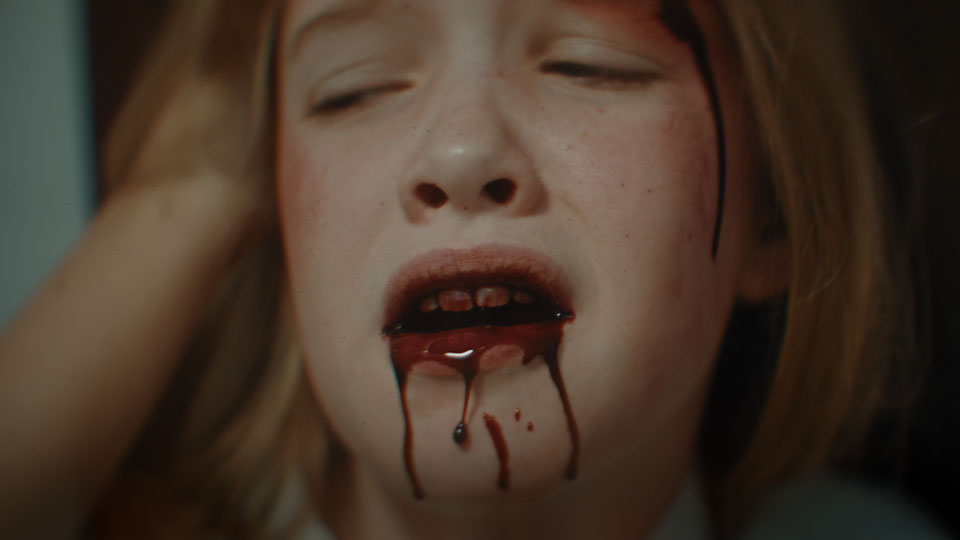 YouTubers Caroline (Dani Calabresa), Fred (Léo Lins) and Jack (Danilo Gentili) are trying to get a ghost hunting series off the ground with the help of their hapless friend Túlio (Murilo Couto). Looking for their big break, they jump at the chance to rid a local school of Bloody Mary. Thinking that they’re about to make easy money and sceptical that any ghost is actually haunting the school, the group accepts the job and soon finds that they’ve bitten off far more than they can chew when it turns out that Bloody Mary is real after all.

Ghost Killers vs. Bloody Mary is a very original and frequently hilarious film from Brazil, packed with plenty of gore and bad taste moments. If you’re not gagging at some of the impressive special effects, the very un-PC moments in the script will leave you with your jaw on the floor. What works so well about this film is that the main characters are so cocky that they are completely unprepared for the situation they’re about to be thrust into. No one at the school really believes that Bloody Mary is a real thing, despite kids ending up in hospital after encountering her, and the YouTubers just think they’ll get some great content using their Túlio, dressed as a little girl, as their Bloody Mary.

It doesn’t take long for things to go south and the shocking demise of one of the characters makes the group realise they are actually in mortal danger. Aided by straight-talking teacher Professora Helena (Bárbara Bruno) and curious student Daniel (Matheus Ueta) the group battles their way through bizarre scenario after bizarre scenario trying to get rid of Bloody Mary. The film really goes balls out. From psychotic foetuses through to a live poop (no I’m not kidding), director Fabrício Bittar assaults you visually, leaving you laughing hysterically and occasionally reaching for the sick bucket.

Fans of gore will find plenty to enjoy here as there is blood galore. The film is purposely over the top and that works in its favour thanks to the committed performances of the cast, particularly Léo Lins as Fred and Danilo Gentili as Jack. The scene stealer though is Murilo Couto as Túlio who is frequently left behind by the rest of the group and easily has the most horrific time out of everyone. The chemistry of the cast together is brilliant and it really lifts the film.

Ghost Killers vs. Bloody Mary is very, very entertaining and you’ll laugh as much as you’ll jump at the deliberate but effective scares. The cast leans into the absurdity of the film, which works really well, and gore hounds won’t leave the cinema disappointed. If you want to laugh your socks off and lose yourself in a silly horror, then Ghost Killers vs. Bloody Mary should be added to your watch list immediately.