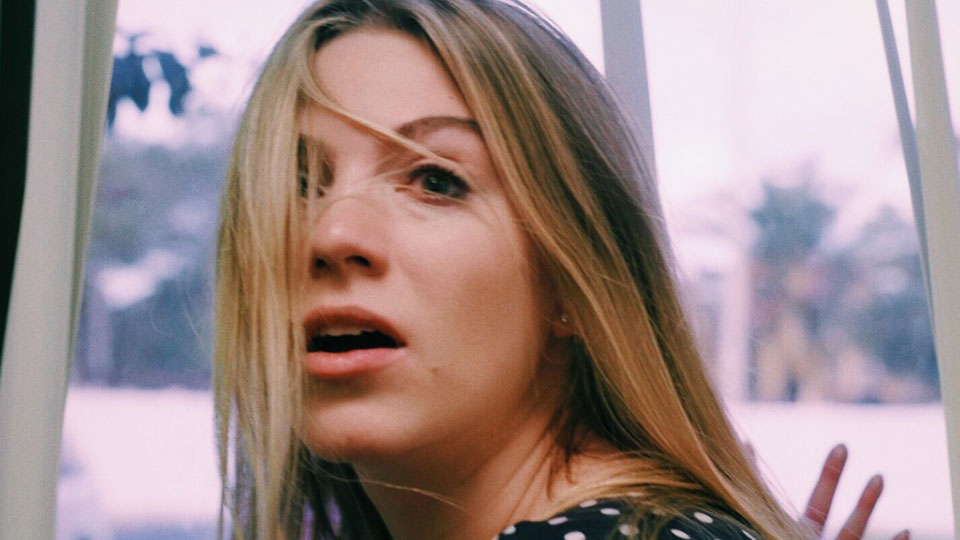 Amanda (Sabina Friedman-Seitz) lives her everyday life in constant fear as she battles her phobia of fingers and bodily abnormalities. When her colleague Walter (Stan Madray) turns up to work missing a finger, it pushes Amanda over the edge and she finds help from guru Dr. Scotty (Michael Richardson), who pushes her to overcome her fear. As Amanda grows in confidence she accidentally falls into the middle of a bizarre crime circle but the problem is, no one believes her.

Fingers is most definitely not your straight-forward horror movie and it’s one that’s going to be like Marmite to viewers. Embracing a completely bizarre and random sense of humour, Fingers takes delight in just being incredibly weird. Writer/director Juan Ortiz has no interest in keeping the audience engaged with a linear or conventional plot, and how you feel about wacky films, will very much dictate how you’ll react to this one.

The film starts off intriguingly enough, exposing Amanda’s deep-rooted phobias when she calls at a donut place to pick up treats for the office, only to bin them when she notices the server has a large birthmark on her hand. From there on, it goes balls-out bonkers as Walter continues to arrive at work each day with another finger missing. Some sleuthing on Amanda’s part, as she begins dealing with her phobias, leads her to Talky (Jeremy Gardner), a man who wears a panda mask and carries out unsavoury work for a mysterious client.

I don’t want to give any more of the plot away at this point. The storyline essentially deals with Amanda dealing with her fears while the people around her believe that her fears are causing her to make things up and see things that don’t exist. Similarly, Walter’s excuse for his missing fingers – that he cut them off himself – seems completely implausible but the truth is so bizarre that it would sound like an even taller tale to tell.

For me, the problem with the film is that it’s so kooky that the characterisation gets a lost a bit and that results in you not really caring for any of the characters. I find that problematic as I like to be able to relate to someone so I invest in their storyline. Instead Fingers is just a string of increasingly bizarre scenes, which while amusing to begin with, start to become a little wearing by the end.

The cast is game enough. Jeremy Gardner leans into the crazy as Talky while Sabina Friedman-Seitz is perfectly believable as the overly sensitive Amanda. Michael Richardson is worthy of a mention too as the patronising but well-meaning Dr. Scotty who sees Amanda as a good case study to make a name for himself.

Fingers will not be everyone’s cup of tea and unfortunately it wasn’t really mine. I appreciate that Ortiz has done something different here but the audience for it is likely to be incredibly niche. It’s more of a quirky comedy with a thriller element than it is a horror and it was so bizarre it left me feeling a little cold. My advice would be to approach with an open mind but if you’re averse to the weird and wonderful, I’d give this one a miss.