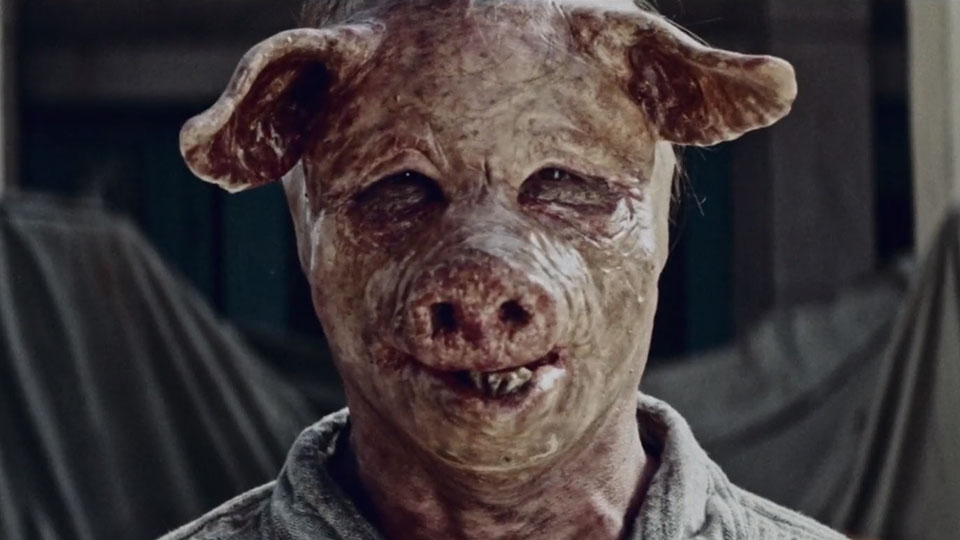 Ex-bounty hunter Rob Justice (Timur Turisbekov) leads the last line of human resistance following World War III. The world is now run by Muzzles, super soldiers created by the US government as a result of breeding humans with pigs. Rob, aided by his sister Raksha (Doroteya Toleva) must find Muzzle Central and destroy it so that humanity has the chance to lead once again.

Bullets of Justice could quite possibly be not only the most bonkers film I’ve ever seen at Arrow Video FrightFest, but one of the craziest films ever made. Playing into the exploitation genre and filmed as a grindhouse-style B-movie, the film has a wafer thing plot that breezes by with set-piece after set-piece. While running at only 76-minutes, Bullets of Justice manages to pack plenty of batshit crazy moments into a very short space of time.

To try and discern more about the plot would be to completely miss the point of the film. Bullets of Justice is essentially just a wacky ride that you either have to jump on board with and leave your brain at the door, or walk out of because it’s not going to be for you. Danny Trejo appears briefly in the film as Grave Digger, the man who looked after Rob and Raksha when they were orphaned, and Bulgarian footballer Daniel Zlatkov has a very amusing small part as Cristiano Ronaldo.

Bullets of Justice delivers in the gore stakes and there are some moments that will probably make you feel a bit queasy. There’s lots of sex included in the film and nudity is pretty copious too. The film is definitely playing to a specific kind of audience and it’s bizarre sense of humour will split people down the middle.

Timur Turisbekov who stars as Rob, is one of the film’s writers, and he takes on his role with a straight face (I’m not sure how he managed it). He’s pretty fearless getting completely naked for some graphic sex scenes and even managing to do one action sequence where he gets dressed as he’s firing a gun. Acting-wise he’s a little one-note but it’s hard to tell if that’s on purpose given that every actor here turns in a similarly oddly-stylised performance.

Bullets of Justice is enjoyable even if it isn’t particularly cohesive. The storyline gets completely buried in the craziness and the film does its best to shock you. If a Ronaldo piss-take doesn’t hit the right spot, there’s always plenty of incest to keep you interested as Rob and his sister get way closer than you’d ever want to with a sibling. The action is impressive and I certainly laughed plenty throughout the film but is it a great film? Not really but there are worse ways to pass 76 minutes.