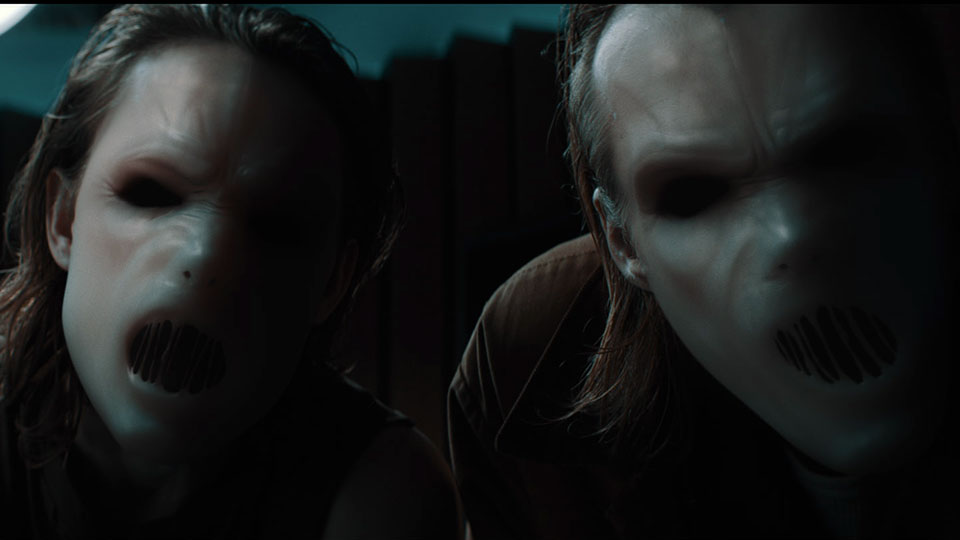 Radio host Jarvis (Eddie Marsan) is less than happy when he’s told that his friend Andrew (Paul Anderson) is going to be joining his late-night talk show. Told just before he’s due to go on air, Jarvis composes himself after reluctantly agreeing to let Andrew join him from 11pm and starts his show. He soon realises that his producer isn’t in the control room and discovers that two men in masks have stormed the station. Telling him to do what he’s told otherwise he and his colleagues will die, Jarvis tries to keep his cool while figuring out what the men want.

Feedback begins as a topical film making plenty references to Brexit, Donald Trump and the ensuing chaos that appears to be taking over our nation as we struggle to reach a deal with the EU. Those politics serve mostly to establish Jarvis and once they’re out of the way, the film picks up. As Jarvis keeps his cool, following a swift meeting between his knees and a massive hammer, things turn worse quickly when Andrew joins him and the motive of the people holding them captive is revealed.

I don’t want to say too much more about the plot than that as it would be a disservice to the film-makers. Suffice to say it gets very tense as Jarvis tries to call the bluff of the men terrorising him, especially when he begins to suspect his daughter Julia (Alana Boden) may get mixed up in the situation. Once the motive is revealed, it feels satisfying enough and the payoff is worth the build-up. There’s also some particularly nasty violence and even me, as a hardened horror fan, found myself gasping and turning away at several points.

Feedback does a good job of establishing its characters and setting up a believable scenario. I was worried in the first 20 minutes or so that it wasn’t going to be able to resolve itself satisfactorily but thankfully that doesn’t turn out to the case. What is interesting though in the climax is there’s a shift that makes you feel differently about certain characters, which was quite unexpected.

Eddie Marsan carries the film. He’s always great in everything he does and he’s brilliant here. He manages to get under the skin of Jarvis and grapple with a rather complex character. Paul Anderson starts out annoying as Andrew, which is part of the character, but he has some great moments too once he’s trapped in the studio with Jarvis.

Feedback is a better than you’ll expect horror thriller. While it won’t trouble your best films list, it will serve up plenty of tension and suspense. If you like films like Phonebooth where the action is boxed into one location, then you’ll love this. Also if you’re a fan of Eddie Marsan, it’s worth going just to see his performance. If you go with an open mind, you might find you’re quite surprised.