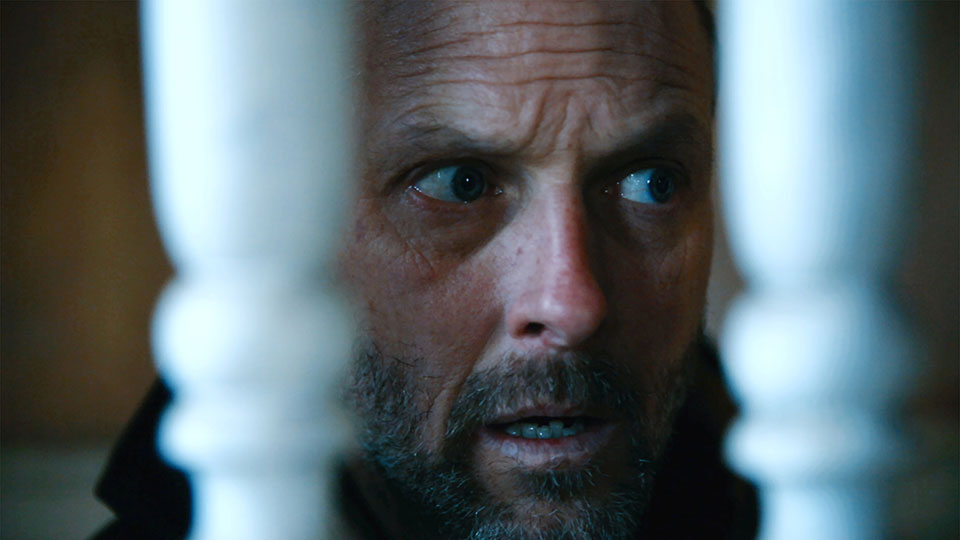 Reclusive Kurt (John Adams) moves into an abandoned farmhouse in a small town. After a night of drinking he accidentally runs over 14-year-old Echo (Zelda Adams) and rather than come clean to what he’s done, he discards of the body. As Kurt is haunted by the incident, Echo’s mother Ivy (Toby Poser) a lapsed psychic, searches for her and finds herself mysteriously drawn to Kurt unaware that he is her daughter’s killer.

The Deeper You Dig is an unusual film in many ways. Firstly it’s a complete family affair with husband and wife John Adams and Toby Poser and their daughter Zelda Adams taking on multiple hats between them including acting, directing, writing the screenplay, operating the cameras and composing the score. That alone is an incredible achievement. Secondly the film puts an interesting spin on a story of grief, showing the impact it has on Kurt, who has murdered Echo, and Ivy, who has lost her daughter.

It’s established early on that Ivy and Echo are not your average mother-daughter duo. Ivy used to be a psychic and makes her money pretending to be able to read tarot cards, while Echo is a fiercely independent teenage with an interest in things like hunting and old music. Their unique bond is shown at the beginning of the film when they share a few frank exchanges, and despite not having much more screentime together, you feel their familial bond throughout the film.

As a study of grief, The Deeper You Dig is fascinating. Ivy doesn’t breakdown in the stereotypical way mothers often do in films, instead commanding incredible focus as she uncovers the truth of what happened to Echo. Kurt on the other hand quickly descends into near madness, unable to cope with what he did while being haunted by Echo. It’s uncomfortable to watch the scenes where Ivy and Kurt come together, especially as the characters form an unlikely but believable bond.

The performances here are nothing short of stellar. Poser and Adams in particular commit to their roles with complete conviction. Poser gives a naturalistic performance and you really feel for her as she searches for the truth. Adams meanwhile has a slightly tougher job with the more complex Kurt but he brings out the character’s humanity and his slightly unhinged side. When the two actors come together, the film really ignites and their real-life bond definitely helps their chemistry. Zelda Adams is effective as Echo too. She may get much less screen time than her parents but she definitely makes an impact.

The Deeper You Dig is that special kind of film that Arrow Video FrightFest likes to surprise you with. It’s a unique little film that left me wanting to watch it over as soon as it finished. The talent shown by the three leads is extraordinary and I can’t wait to see what they do next. Everything about the film is pure class from the acting to the directing and everything in between. This really is one film you should seek out as soon as you possibly can.