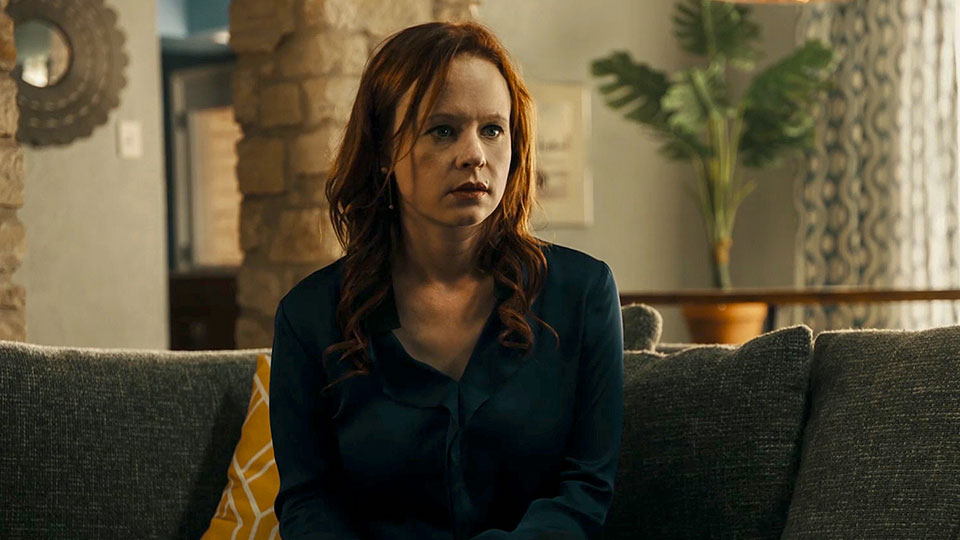 Chloe (Thora Birch) lives with her daughter Nicole (Sasha Frolova) and the pair are surprised when Sadie (Caitlin Stasey), Chloe’s sister, shows up unannounced after being absent for a year. Nicole idolises her aunt and the two become inseparable quickly, sharing a room and confiding in one another. As their bond deepens, Sadie works her way back into the life of her family but soon her on-going jealousy towards Nicole starts to take over and Sadie gradually becomes unhinged.

Kindred Spirits is from director Lucky McKee and writer Chris Sivertson. It’s essentially an update of Single White Female and is a perfectly serviceable, if quite unremarkable, psychological thriller. You know from the minute that Sadie turns up that she’s going to cause her family nothing but grief and as soon as she starts dressing like her teenage niece, you can spot the batshit crazy coming from a mile off.

I’ve seen this type of storyline done to death and I have to admit I’ve seen it done better. Kindred Spirits takes far too long to get going and then once it picks up momentum, it ends abruptly making you feel like there’s a good half an hour or so of scenes that were removed from the final edit. The climax jumps from one thing to another far too quickly and there is a lot that’s skirted over. I don’t know if it’s an editing choice or just poor decision making, but it pulled the end of the film way down.

What Kindred Spirits really suffers from is that it completely lacks originality. It hits every cliché going for this type of film from Chloe not believing a word her daughter says and believing everything her wayward sister says despite telling another character that Sadie is a bit of a loose cannon. The plot sacrifices logic and realism for cheap shocks, and while they are entertaining it doesn’t make for the most memorable of films.

Acting wise the cast can’t really be faulted. It’s nice to see Thora Birch back in a leading role and Caitlin Stasey commits to the craziness of her character, bringing to mind some of Shiri Appleby’s more unhinged moments from UnReal. Sasha Frolova is the star of the film, marking herself out to be a talented young actress and rising above the material here.

Kindred Spirits isn’t a bad film, it’s just not a particularly good one. With the violence toned down a little, it could easily find a home on Lifetime, and that’s not really a compliment. The film plays everything by the numbers and then bottles it before giving a satisfying conclusion. Chalk me up as disappointed with this one.