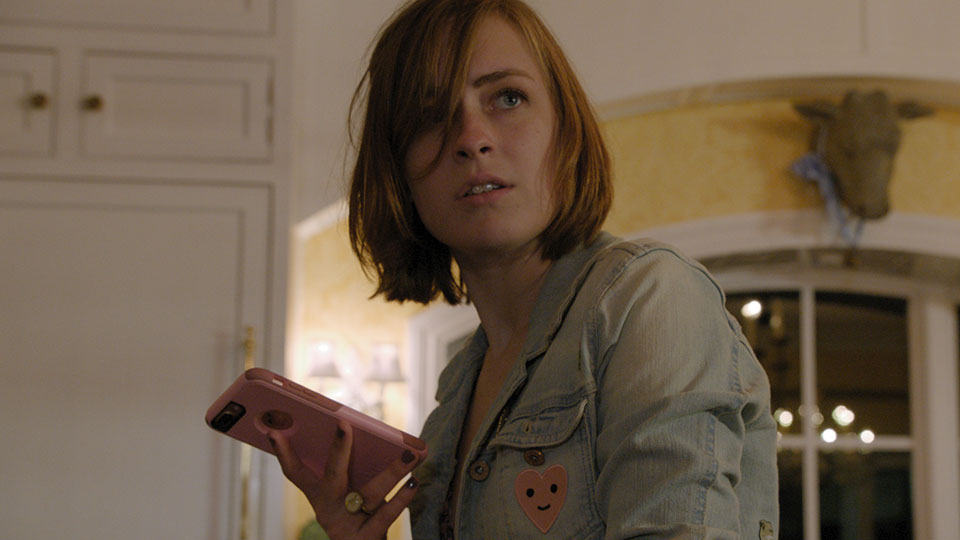 Psychotic musician Kevin (Michael Patrick Nicholson) invites his band-mate Stu (Jeremy Gardner) and his weed buying customer Chloe (Taylor Zaudtke) over to his house for band practice and drugs respectively. When Stu and Chloe arrive at the house, they find each other but there’s no sign of Kevin. As they wait for Kevin to show up, the two strangers get to know one another but their instant connection is put to the test when they discover they might not be on their own after all.

Writer/director Eric Pennycoff’s film Sadistic Intentions received its UK Premiere today at Arrow Video FrightFest. You’d be forgiven for expecting a nasty bloodbath given the title of the film but that’s not what Pennycoff delivers. Sadistic Intentions feels like a film of two halves, each with their distinct tone. The first half is an unusual twist on a romantic drama as Stu and Chloe get to know one another, while the second half embraces the chaos that’s hinted at in the opening scene.

Taylor Zaudtke and Jeremy Gardner make for excellent leads and they are a large part of why you stay invested as the film slowly unfolds. For me, it took a little too long to get to the film’s antagonist, who is hinted at through Peeping Tom-like shots and some clever camera work. In his absence, you’re left with Chloe and Stu engaging in lengthy conversations as they discover things about each other, and realise they have a bit of an unexpected connection.

When Kevin does finally appear, the film switches gears and it promises to deliver something nastier than ever materialises. There are some interesting shifts and turns, especially around the character of Stu who you spend a lot of time trying to figure out, but the payoff never quite meets the promise of the film’s opening few minutes. While the final act is satisfying, I feel that Pennycoff could have let go just that bit more and pushed for a crazy, and more frantic climax.

Given that this is Pennycoff’s feature film debut, there is much to admire. The film is excellently shot and it looks much more expensive than its budget would have you expect. He draws strong performances from his actors and the script is mostly very tight. Pennycoff does manage to pack in some surprises but a zippier pace in the first half and a sooner arrival for Kevin could have lifted it slightly.

Sadistic Intentions is an engaging watch and there are moments that are so tense, you’ll be hoping that what you think is about to happen doesn’t. Pennycoff plays with the audience and he unnerves you, and that is definitely one of his strengths here. Strong performances from the leads keeps you engaged and the metal soundtrack adds that extra edge of menace to keep you unsettled throughout. Sadistic Intentions is a solid feature film debut and Pennycoff shows plenty of promise.