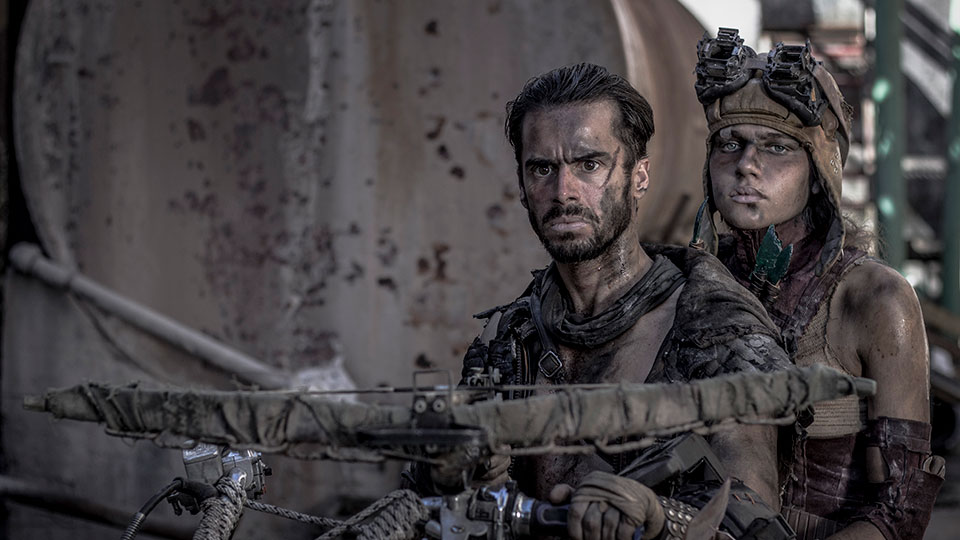 A man (Esteban Prol) wakes up in a pile of dead bodies as a zombie apocalypse has broken out. Unable to remember who he is or how he got there, the man is rescued by three wild men and a young girl. After being taken to their safehouse, the man is nicknamed Dog and he realises that his new friends aren’t interested in keeping him alive. Believing that he’s in the process of turning into a zombie, the group use him to amuse themselves but Dog isn’t about to take it lying down.

A slice of atmospheric Argentinian cinema from director/writer Pablo Parés, I Am Toxic takes inspiration from a whole host of films and TV shows that have come before it. With visuals not dissimilar to Mad Max: Fury Road and playing out like a mid-season episode of The Walking Dead, I Am Toxic is an enjoyable watch but lacks originality. While it’s true to say the film begins intriguingly enough, it starts to lag around the mid-point when it’s very thin premise is stretched just that little bit too far.

Dog’s realisation that he’s not found fellow survivors to group with is one that’s very obvious and the inevitable cat-and-mouse chase begins. The antagonists are nothing more than two-dimensional stock villains that you’ve seen in plenty of other genre movies in the past. You don’t really get to know any of these characters so you don’t particularly care what happens to them. Dog at least gets some character development but it’s probably not enough to keep you invested.

Interestingly the film does pick up during the second half. There are some clever reveals and twists, that left me wishing they’d dangled a carrot or two a little bit earlier. I Am Toxic has a good story in there but the first half makes you think it’s going to be nothing more than s violent bloodbath. That’s a shame because some people may decide to tune out before the film turns things around.

The performances from the cast are fine. They are all playing thinly drawn characters so they don’t have a lot to work with. The villains behave in the dysfunctional way you’d expect and Dog is the stereotypical helpless protagonist, trying to survive against the odds.

I Am Toxic is the definition of a popcorn movie. It does deliver enough blood and gore to satisfy most horror fans but it’s oddly slow-paced for a film that lasts only 76 minutes. Once it kicks into second gear, I Am Toxic definitely improves but I fear it may be too little too late. With zombie films and TV shows all the rage right now, this needed to do something special to stand out and unfortunately it doesn’t.