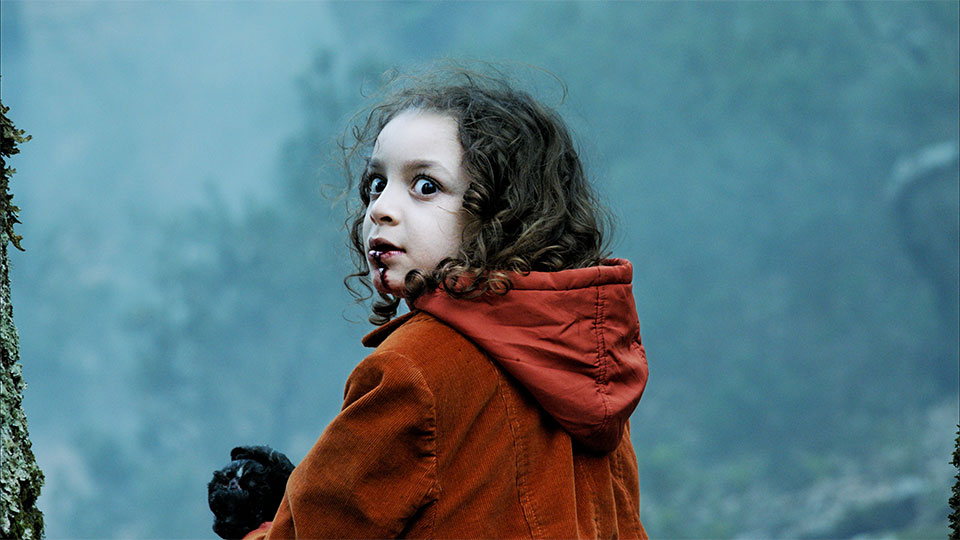 Tunisian journalism student Yasmine (Yassmine Dimassi) and her friends Walid (Aziz Jbali) and Bilel (Bilel Slatnia) decide to investigate Mongia (Hela Ayed), a woman who was found mutilated 20 years earlier and is now held in an asylum where she is suspected of witchcraft. Their assignment leads them to the isolated countryside town of Dachra where they are welcomed with open arms by Saber (Hedi Majri), an overly friend man that lives there with a group of silent women. When Yasmine and her friends try to leave, they start to realise the horror of what they’ve stumbled upon.

The feature directorial debut of film-maker Abdelhamid Bouchnak, Dachra has been a huge hit in North Africa where it’s broken box office records. Made in Tunisia, Dachra takes elements from a number of horror films and weaves them together to craft its own story. There are nods to a number of films here including Blair Witch Project, Don’t Look Now and Texas Chainsaw Massacre. That doesn’t distract from the enjoyment though, rather it solidifies Bouchnak’s credentials as a horror buff.

Opening with a very unsettling scene, Dachra is a slow burn that fills you with dread but takes its time to reveal its hand. From the students’ initial meeting with Mongia, you can’t help but feel a sense of hopeless dread as they sink deeper and deeper into a potentially dangerous situation. The intensity soars when the group meets Saber, a seemingly friendly man who is so nice you just know that there’s something hidden behind that happy exterior.

Arriving at Dachra things get even creepier as the students find goats roaming, tended to by silent women and a community obsessed with hanging meat around the town. Most sane people would turn around and head home but not Yasmine and her friends. After they spend the night in Dachra, which Yasmine isn’t keen to do, the twists and turns come thick and fast and it feels like you’re watching a nightmare unfold. The hysteria is cranked up to maximum and the reveal is worth the near two-hour run time of the film.

Bouchnak draws very natural performances from his cast. Even though it’s not filmed like a mockumentary, it very well could have been. Yassmine Dimassi is the standout here and she’s very convincing when she’s frightened. How much you get drawn into the film will depend on how much you take to her character and for me, I was with her all the way.

Dachra is a gripping watch and it very much operates on the fear of the unknown. While it may not be wholly original, that doesn’t make it any less enjoyable. It’s not overly gruesome, although it has its moments, and I liked that the film relies more on good old-fashioned scares. Dachra is effective and I’m fairly sure it’ll leave some viewers with nightmares.