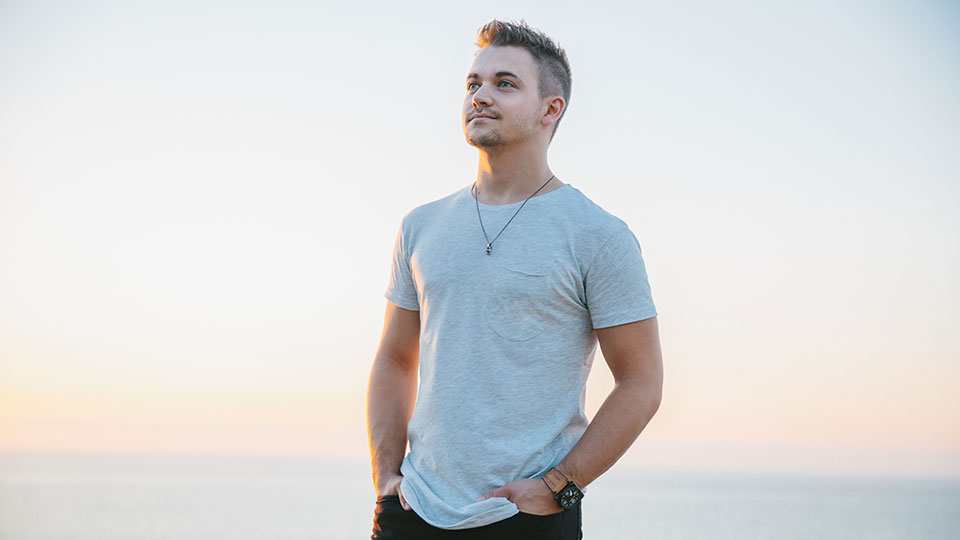 The wait for new music from Hunter Hayes has been a fairly long one. His last album was the three-disc set The 21 Project back in 2015 and since then fans have had to make do with the occasional single. Earlier this year Hayes returned to the UK to perform at C2C: Country to Country on the Main Stage for the second time and he promised that new music was on the way. Last year Hayes released Dear God and One Shot and this year he unveiled Heartbreak. Fans were expecting a new album in October but Hayes has done a Beyoncé and decided to release the record early.

Since his breakthrough in 2011 with his self-title record, it’s fair to say that Hayes has struggled not only to live up to the commercial success of that record but also to figure out what kind of artist he wants to be. His music was remixed as pop to try and sell it in the UK but it removed the essence of Hayes’ talent. If you’re hoping for a full-on Country return on Wild Blue (Part I), the first of three planned records, then you’re going to be disappointed because stylistically it’s all over the place.

The wildly contrasting three singles so far – Dear God, One Shot and Heartbreak – are a good indication as to the variety of styles present on Wild Blue (Part I). The album opens with Madness, a song that leans more towards rock than it does any other genre, and it finds Hayes celebrating coming through adversity following a difficult time. It’s a soaring start but it still a little distance away from the music I want to hear from the star.

The finger snaps that are omnipresent in music at the moment are present on title track Wild Blue, which mixes beats with R&B sensibilities while Hayes delivers fast-paced verses that are overly packed with words. The chorus opens up somewhat in a bigger production but it’s not as strong as it should be. Heartbreak moves back towards Country and it’s probably the most Country track on here. It fits in with the current radio climate and it’s one of the strongest songs here.

Hayes gets the best results when he steps away from the over-production that hampers at least half of the record. Loving You is a more traditional style ballad that if played acoustically, could be really elevated. There’s some nice guitar playing on there and it’s one of the more effective tracks here. My Song Too is another standout moment that sits nicely in his catalogue along his signature track Wanted. More of that kind of song and sound would have made this a much stronger record.

For me, Wild Blue (Part I) is a record that lacks cohesion and doesn’t stand against Hayes’ best work. I understand he wants to grow as an artist and try something new but the sound of Wild Blue (Part I) is so all over the place, it’s hard to understand who he’s trying to appeal to. It’s not pop enough to hit the mainstream but it’s mostly so far removed from Country it’s unlikely to please that audience either. It could be simply that Hayes doesn’t care to be pigeon-holed, which is fine, but I’ve still got my fingers crossed that he’ll deliver a worthy follow-up to his self-titled album.