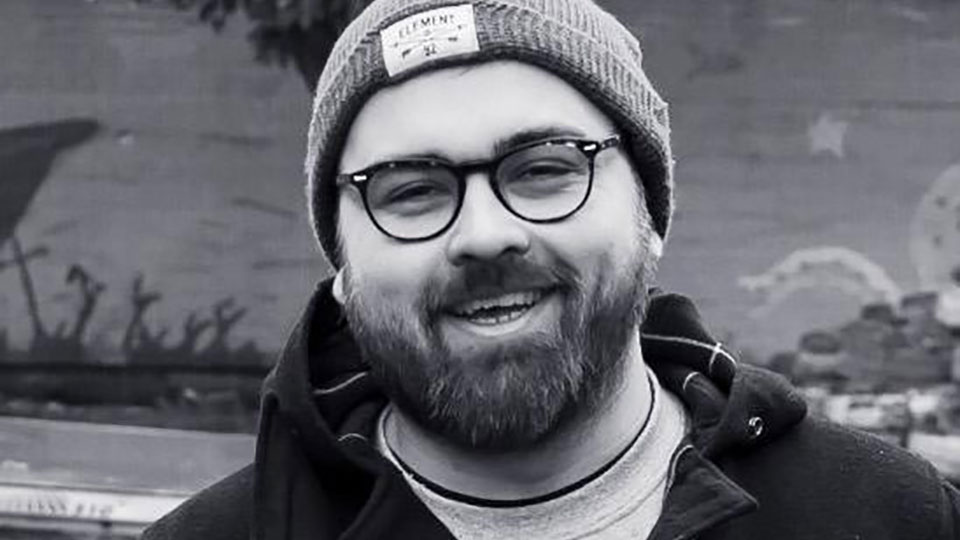 At the end of last week we spoke to Luke Kaile, the actor and writer behind Criminal Audition, which is showing at Arrow Video FrightFest later this month.

The film, which is part of the festival’s First Blood strand, is directed by Samuel Gridley who co-wrote the screenplay with Kaile. This marks Gridley’s debut feature film as a director.

I spoke with Samuel to talk about making the film, discuss working with Luke to bring it to the big screen, and find out more about how he brought a sense of claustrophobia to the final product…

Hi Samuel. How are you today and where does this Q&A find you?

Thanks so much for taking the time to talk to me about Criminal Audition! I’m in central London, on the Southbank, looking over the Thames and Westminster.

In a nutshell, what can Arrow Video FrightFest fans expect from Criminal Audition?

Fans should definitely expect a nice (or nasty?) surprise, Criminal Audition is a film that creeps up on you. The film, like the eccentric ensemble, pretends to be one thing and pivots (violently) to being something else entirely. It’s truly independent, genre-warping, funny and gory.

Criminal Audition is part of the First Blood strand at Arrow Video FrightFest, where it will be receiving its World Premiere. How important is it as a first-time feature film director to have your work showcased at such an iconic festival?

It’s incredibly important, and a complete honour. As a lifetime fan of the genre myself, I wanted our film to play in not just iconic festivals, but ones that have the best audiences, and a great community. We had to create a community to bring our film together and wanted our process to be as inclusive as possible. I wanted to continue that inclusivity when we put it out into the world. FrightFest is the perfect place for that.

The film is based on Luke Kaile’s one-act play from 2009. How did you get involved with the project and what was it like developing the concept with Luke?

I never saw the play – I met Luke in 2012, as he was acting in my DOP Richard Osborne’s graduate film at university. I was a cocksure (and not very good) assistant director on that film, but I must have made an impression on Luke (good or bad) because in 2014, after graduating and starting to do script reading, I met with Luke and he pitched me the concept of Criminal Audition. In hindsight, I was nowhere near ready to direct a feature, and the 4 years we spent developing the idea was essential.

The play was a farce, and initially Luke had planned to make the film version a more straight and honest thriller. However, as we developed the film, we circled back to the comedy, but in this world it was inherently dark humour, we brought back the character’s inherent eccentricities and created a world to live in, grimy, anachronistic just to the left of the real world.

We also ended up setting it in a derelict theatre- as the characters are all liars, they are ‘performing’ pretending to be what they are not. In a sense, it’s all come back to the play and Luke’s original idea.

What were the hurdles and challenges you had to overcome to bring this film to life?

Apart from the obvious challenges, (money, time, resources) the biggest challenge I feel was understanding the film’s identity.

Not just in terms of it’s story, style and characters but also what it was to us as filmmakers. It took a while for us to discover that, honestly, us with a kernel of an idea for a film wasn’t enough for anyone but us to care. We needed to identify that this was a project that was execution dependent, that we needed to make it at all costs to announce ourselves as filmmakers.

What was that identity for me? A film that is apt for a debut, something that was ‘smash and grab’ that plays with expectations, doesn’t overstay its welcome, that is made for the audience and that above all, is fun.

There’s a real feeling of claustrophobia when watching the film. What did you do to create that?

It was a combination of the visual style I created with my DP Richard Osborne, and the reality of the film’s production.

In terms of style, we endeavoured to fill the frame with lightbulbs, fluorescent tubes and also parts of the set design – we coupled this with seldomly shooting big wides and covering the scene tighter so we feel restricted. This not only made it feel claustrophobic, but like we were voyeurs to the characters- I wanted it to feel like a place that you couldn’t have a conversation without someone hearing.

This was somewhat true in terms of production- we were elbow to elbow with our cast and crew and living and working on top of each other. Luckily this formed more camaraderie than it does for the characters in the film!

The film is very much an ensemble piece. What did you learn as a director in terms of bringing out the best performances from your actors?

It’s an old adage, but casting is incredibly important. Rather than traditional auditions, I prefer to meet actors, as people – to see how closely we share sensibilities. You start to build trust, and this is so important in a film where you are shooting and moving fast. With my wonderful cast, it was easy to discuss each scene beforehand in an open, collaborative way and understand each other before the camera rolled. This allowed for minimal interference with their performances when they were in the moment, as I trusted they knew their characters, often better than I did.

Now that you’ve got your first feature film under your belt, have you started planning your second?

Honestly, I was planning the next one the day after the film wrapped! Criminal Audition is very much our statement that we are here to stay and have more stories to tell. We’ll be staying in the genre space whilst endeavouring to capitalise on the unique feel and tone of Criminal Audition.

What’s your all-time favourite horror movie and why?

I think it’s fair to say I am a horror addict. I try and watch at least one new film per day, and over the years I must have seen at least 1000 horror films.

For years I have said my all-time favourite horror film was The Texas Chainsaw Massacre, the atmosphere is thick with dread and death – you feel like you can smell the blood sweat and tears in that film. It’s visceral, punk and unforgettable.

Of late however, I have been totally haunted by Ingmar Bergman’s Cries and Whispers. It’s not considered a horror film, but the aching trauma, claustrophobic interiors, and impending feel of dread has been on my mind ever since the day I saw it.

Why should Arrow Video FrightFest fans add Criminal Audition to their list of films to see at this year’s festival?

Criminal Audition should definitely be on any FrightFest fans’ list because you won’t see anything else like it. The film is eccentric, dark, funny, uncomfortable, and moving. It’s packed with great performances, terrific cinematography and a standout score by Asa Bennett and Al Anderson. Criminal Audition is a truly independent film, made by film lovers for other film lovers.