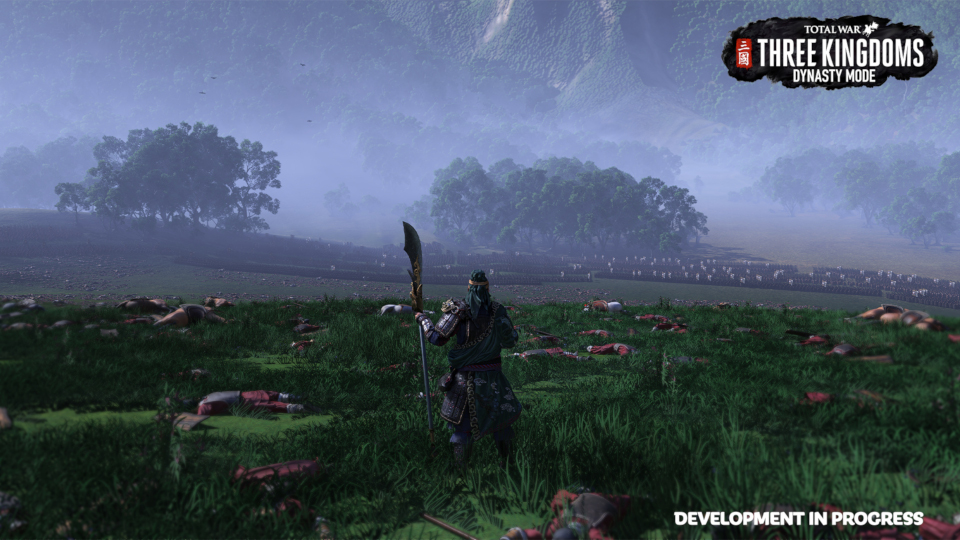 Total War: Three Kingdoms is a fantastic game and the scale of its battles are breathtaking. Creative Assembly is also famous for making their games historically accurate and take things very seriously. Well, it seems that the guys at CA are taking a break from being serious with the introduction of the new Dynasty mode.

In Dynasty mode, Total War enters full-on Dynasty Warriors mode and puts the player in charge of just three hero units. These units will face off against wave after wave of enemies in a never-ending assault. In Dynasty mode the hero units are legendarily powerful and can access numerous special abilities including healing buffs to area-based attacks which can floor droves of soldiers at a stroke.

As you progress the waves grow in size and strength and every third wave will include an enemy general. If you manage to take down the general you will receive points that can be spent on upgrading your heroes between waves.

Players can also increase the challenge using the new unit size slider which enables players to drastically increase the unit size of the enemies they face from the standard 80 men up to a gargantuan 960 men per unit.

View some Dynasty Mode screenshots in our gallery below:

Dynasty mode will go live on 8th August and will be free for all players.

If you want to know more check out the official FAQ.