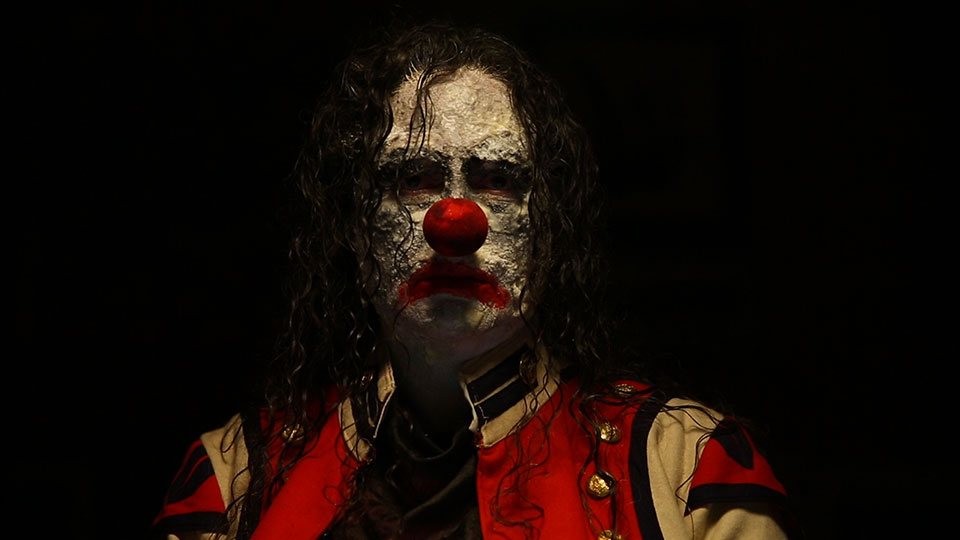 One of the films showing at Arrow Video FrightFest 2019 is a family affair!

The Deeper You Dig is a collaboration between husband and wife John Adams and Toby Poser and their daughter Zelda. The family has crafted a dark but powerful tale that is sure to stir conversation during the festival.

I caught up with Toby and John to discuss the film, talk about the challenges of working as a family, and to find out more about how they juggle so many different roles on the project…

TP: Hi Pip. Thanks for having us over at Entertainment Focus. Iʼm watching John and Zelda play soccer. The skyʼs about to rip open and bleed rain. Weʼre in the countryside so it smells like cows (which is a polite way of putting it.)

Your film The Deeper You Dig is having its European Premiere at Arrow Video FrightFest in August. Whatʼs it all about?

TP: The film is about three lives that collide in the aftermath of a terrible accident…. and the lengths to which each will go through their own versions of Hell to find peace. Ghosts, the occult, graves that wonʼt stay sealed, and other creepy stuff.

JA: It’s about a man trying to bury his guilt, a mother trying to unbury the truth and a daughter trying to get back to her mother.

TP: John and Z had the initial spark (I donʼt want to spoil the fun crux of the story) that got the ball rolling, then I jumped in and focused on a maternal angle. Daughters and mothers and how far each might go to stay close.

JP: I have a recurring nightmare that a body I’ve buried is about to be dug up and something I’ve almost forgotten about is about to be exposed for all to see. So this was a good way to chase those demons. I actually haven’t had that nightmare since so we’ll see if it worked.

As well as acting and starring in the film, you have various other roles too including directing and operating the cameras. What challenges did you face by taking on so many roles on this project?

TP: This is our fifth feature – the first one we made when Zelda was 6 and Lulu was 11 years old – so we’ve had some time to grow and evolve. Itʼs gotten a bit easier to juggle – even as a trio (now that Lulu is away at college) – because our technical skills sharpen a bit with each film. We’ve also learned to stay within reasonable shooting bounds. For me, the greatest challenge was removing my feelings as Zʼs actual mother when certain scenes were, uh, not particularly peachy for Zʼs character, but were crucial for the storyline. I had a hard time with a particular bathtub scene!

JA: I personally love having to take on all those roles. Mostly because I need to stay busy ALL the time. However, it’s a great advantage to be hands on from start to finish for the entire process because it allows us to fix anything at any stage of development.

The film, like all of your work, is a family affair with your daughter Zelda starring and co-directing too. What would you say the advantages are of working together as a family?

TP: There are significant advantages. We can work around our own busy schedules (school, work, soccer). And if something doesn’t cut it, we can shoot it again with relative ease. Our little town knows us by now as the weirdos they pass along the road as we are shooting in a snowstorm or immersed in the river, and then they see us in the village an hour later grabbing a sandwich with fake blood on our faces. Life and art blur. But beyond convenience, itʼs supremely fun learning this craft together. And the cherry on top is traveling to festivals in cool places to share what we’ve created and make new film connections.

JA: The advantage of working as a family is that after five films we now have a wonderful work flow. We’ve grown this from the ground up together so we really count on each other and also just love spending time together doing art. We’re very lucky.

The three central performances are so natural. Give us a little insight into how you direct each other and raw out such powerful performances.

TP: Thank you very much. The three of us often have differing visions of how a scene should go. So usually we shoot a line or even a whole scene each way. If John is directing my performance, I’ll try my best to honor his vision; then I’ll do it my way. And vice versa. Then we duke it out in the editing to see what serves the story best. Zelda is what we call our “BS Monitor.” She has a great eye for honesty and is invaluable on set and during editing.

JA: We let each other take the first couple takes directing ourselves. Then we each take a turn directing each other. Then at night we edit and make sure there is something there. If not, we return the next day and nail what we now know is missing.

What was the biggest hurdle you faced when making this film?

TP: The cold could be absolutely brutal! Snow-laden trees, evil-looking ice, and blizzards are cinematic, but fingers and toes are not made for them.

TP: We are conjuring up another horror movie about devils, daughters, and identity.

If you could remake any horror film, which one would you choose and why?

TP: Thatʼs a fun question. Ok, Iʼm gonna say Basket Case. I love that film! Itʼs perfect in its grungy, dated, quirky, low-fi way, but if I were tasked with a remake, Iʼd flip genders and make the protagonist and the “monster” sisters…. and beef up the psychological twistedness between them… playing upon the literal and figurative ideas of a true “basket case!” That would be a blast.

JA: Frankenstein. I love the idea of building a human being from death and the insane consequences of such hubris.

Why should people go and see The Deeper You Dig at Arrow Video FrightFest?

TP: Because itʼs an original. I think what we’ve got is a horror film with heart AND guts. Literally.

JA: I think people should watch our film because it’s fun. It’s darkly funny and totally brutal both physically and spiritually and to me that’s fun Horror.

The Deeper You Dig will have its European Premiere at Arrow Video FrightFest on Friday 23rd August at 9pm in the Cineworld Discovery Screen. For more information and tickets please visit http://www.frightfest.co.uk. Watch the trailer for The Deeper You Dig below: