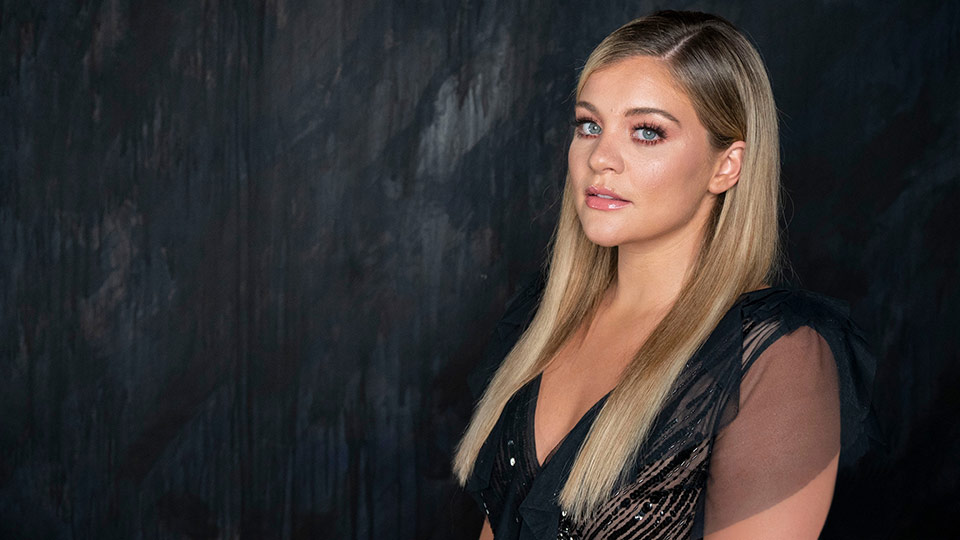 Lauren Alaina was last in the UK in March 2016 when she performed as part of C2C: Country to Country.

It’s taken her just over three years to get back to this side of the pond but this time she’s staying a while so she can tour extensively around the country. Alaina recently performed at the first-ever Dixie Fields Festival and she will be headlining Nashville Meets London on Saturday 27th July 2019.

I caught up with Lauren in London in the midst of her tour to talk about her incredible few years, discuss her latest single Ladies in the 90s, and to find out how album number three is coming along…

Welcome back to the UK!

When we spoke after C2C in 2016, you mentioned you wanted to get back here as soon as possible. Three years later and you made it!

So much has happened since you were last here. Road Less Traveled came out and has been a huge hit, you’ve been touring all over the place. What have the last few years been like for you?

Road Less Traveled has done really well for you and it’s actually been nice to watch an artist allow the album to have a life, rather than jumping from album-to-album every 12 months. What’s that been like for you?

Thank you! Well I worked on it for so long and I wanted to make sure that it had a good life. The songs are so important and they told such important stories. It was very important for me to let that shine and do its thing. The album has done so much for me it’s crazy.

You recently announced that work has begun on album number three. Will it be a progression of the sound you established on Road Less Traveled or are you look to evolve in unexpected ways?

I think it’ll be an extension but I think we’re definitely going to do some things differently and to try to expand in different ways, do things that we didn’t do on the last album but also some of the songs will just be like an extension of that. I’m very excited. It’s very early on. We’re going to take some risks and do some things a little differently but we’re also going to stay true to what we’ve done (so far).

You just released Town Ain’t Big Enough with Chris Young. It feels like you never stop…

I don’t! That’s the most true thing anyone’s ever said to me.

What was it like working with Chris on that song?

It was really cool. I remember the first time I heard the song I was like, ‘oh I have to be a part of this’ because it’s such a cool song. It’s about running into an ex and we’ve all been in a relationship that ended and not wanting to see that person. That’s what it’s about, ‘the town’s not big enough, I can’t seem to get away from you no matter where I go’. We’ve all been there. It’s a great song. He’s such a great singer. It’s really fun to get to sing with him and stylistically it made sense because we do a lot of the same runs and stuff. It felt like a really natural fit. I was honoured that he asked me.

He is probably one of the, I would say, best male vocalists in any genre. He just seems so effortless…

You yourself have an incredibly powerful voice. Was there any competitive nature when recording the track?

The end product is great. It feels like this is going to be the song of the summer…

He has that magic touch when it comes to duetting with female artists. The songs tend to be huge…

Yeah I’m very excited. He had the one with Cassadee Pope that was huge. We’re very hopeful.

You’ve been appearing all over the place this year. I saw you opening the ACMs with Chrissy Metz, which was such a powerful moment. What was that like?

That was cool, it was a girl power moment. I got to be up there with Chrissy and Carrie (Underwood) and Micky (Guyton) and Maddie and Tae. It was such an empowering moment for so many reasons, to be all women up there on the ACMs was really cool. It was Chrissy’s TV debut as a singer so it was cool to support her on that. That’s what it’s all about, we all should be supporting each other. It was a really beautiful moment.

You recorded a song from the film Breakthrough, which Chrissy’s song also featured on didn’t you?

Yeah I released the song with them for the film.

How did you get involved with that project?

Chrissy’s doing the project with Universal and I’m a Universal artist so it just kind of came through the building that they asked if I wanted to be a part of the soundtrack and I was like, ‘yeah of course’. It was one of those things that just happened naturally.

Please just bring everybody over…

You’re here doing a more extensive tour and you just played at the first ever Dixie Fields Festival at the weekend, which you smashed. When artists come over to tour in the UK they tend to fall in love with the country and the fans so hopefully you’ll be inspired to come back sooner following the completion of this tour…

I will do my best. The one thing I definitely took away from it last time was the fans man, they were like so into it and so passionate about the music. I remember being like, ‘how do these people even know my songs?’ I kind of forgot that a little bit. I remember they were so attentive but when they were singing Ladies in the 90s the other night I was like, ‘let’s just move here, I’ll just move here’ (laughs). They’re such good fans and everyone’s so polite and so kind. We’re excited because we have some time to get out and see the country, we’re actually getting to explore it ,which is really nice. We’ll come back I promise.

Since you first came over in 2016 for C2C, you’ve been on the top of many people’s lists as the artist they want to come back over so there’s been a lot of excitement about you being back…

Yeah. It’s a free show right so we’re getting in front of a bunch of people that maybe don’t even know the music so that’ll be good too.

Perfect! Bring your own booze. That’s my kind of place! (laughs)

Perfect! I will (laughs).

Ladies in the 90s is doing great things for you at the moment. It’s a great catchy song and the video is really fun. You pack lots of references in to 90s female artists. How did that song come about?

I grew up in the 90s and I grew up at a time when women were over the radio. There’s been such a talk about how women aren’t on the radio anymore and I’ve been asked a million times about that. People ask me, ‘why do you think that is?’ and I’m like, I have no idea but I remember when they were on the radio and that’s the reason I get on stage every night’. The reason that I even believed that I could be a singer is because of Martina McBride, Shania Twain, Trisha Yearwood, Reba McEntire, Dolly Parton, the Dixie Chicks… all these women were over the radio and taught me how to sing. I just wanted to write a song about what happens when women do get heard on the radio so I put 12 references of epic songs that happened in the 90s.

I appreciated the Spice Girls reference, especially as they’ve been back together and touring the UK…

Their reunion tour was so good! There’s rumours they’re going to America at some point…

Fingers crossed. Put in a good word. See if you can call them…

There is no Posh Spice though. She won’t do it…

Really? That’s a bummer. They’re all there but her?

Yeah. She didn’t even turn up to watch. It’s pretty controversial.

Oh no. That’s a bummer. Has she commented on it?

No she went to a wedding instead in Spain.

As you do. Hmm. Anyway (laughs). The other ones are there so…

What else have you got planned for this year before Christmas rolls around?

How is it almost Christmas? We’re through the summer, it’s almost August! What’s happened. This year is flying by. We have an announcement that we’re making soon that I can’t tell you about so that will be exciting (laughs). We’re going on my first headlining tour in the United States when we get back from here. We’re excited about. We’re going to be in rehearsals when we get home, recording the album and putting out a new single.

Are we going to get any Christmas songs maybe?

You typically record them now and we aren’t so we probably won’t release any. We’ve released a couple (in the past). We’re so busy working on the album that we don’t have time to do any Christmas stuff but Christmas is my favourite. Eventually we’ll do a Christmas album, I just gotta get a few more albums out first.

It feels like a rite of passage doesn’t it?

Yeah. Everybody does a Christmas album at some point.

Advertisement. Scroll to continue reading.
In this article:Lauren Alaina