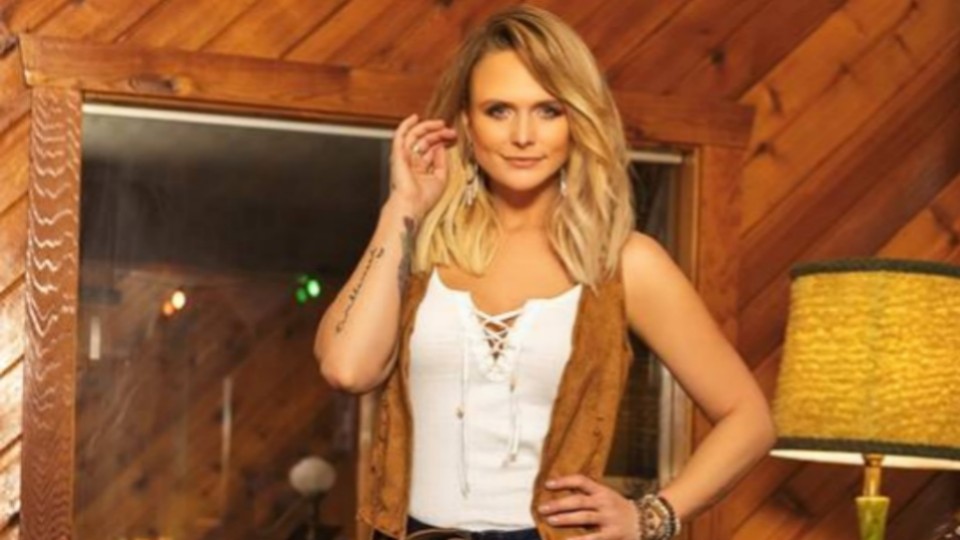 Lately it feels like new country songs are like buses: you wait ages for one, then loads come along at once. This week definitely fell into the latter category. There were some strong contenders for our Song of the Week – including The Highwomen, Jade Helliwell and Jon Pardi – but we had to go with the return of Miranda Lambert and her new song It All Comes Out In The Wash.

Lambert wrote the song with The Love Junkies – Hillary Lindsey, Liz Rose and Lori McKenna – who are behind some of the biggest hits in the genre, including Little Big Town’s smash Girl Crush. It’s the lead single from Lambert’s upcoming seventh studio album, which is produced by Jay Joyce and is due for release this autumn.

On Lambert’s last album, The Weight Of These Wings, she took a very introspective approach which produced some great songs – notably Vice and Tin Man – but lacked the defiance and edge of her previous records. However, her 2018 album with Pistol Annies, Interstate Gospel, brought back a little of that playful, cheeky side on Got My Name Changed Back, Stop Drop And Roll One and Sugar Daddy, which were well received by fans and critics alike.

This song follows in that vein. Led by acoustic guitar, melodically it’s reminiscent of the rollicking, jangly tracks in Lambert’s back catalogue like We Should Be Friends and Highway Vagabond. Her Texas drawl and the gang vocals on the sing-along chorus give it the swagger and sass we’ve come to associate with Miranda, and the whole song has a breezy, laid-back vibe which make it feel like a whole lot of fun.

My favourite thing about this song though is the lyrics. As well as the vivid imagery of spilt ketchup and oil-stained jeans that runs through the whole thing, their juxtaposition with drunk dialling an ex or accidentally revealing someone’s pregnancy news gives the song a lightness and ease, but never tips it into being flippant. There’s one particularly great line early on about ‘dating the bridesmaid’s ex / You’re accidentally bringing to the wedding’. It’s so specific, but we’ve all been in situations like that – or know people who have – that it’s instantly relatable. For me it’s a fantastic example of the smart, funny songwriting which I love about country music and which Lambert and the Love Junkies really excel at.

Overall It All Comes Out In The Wash is a return to form for Lambert and is sure to resonate with fans, particularly of her earlier material. When she sings ‘Every little stain, every little heartbreak / No matter how messy it got / You take the sin and the men and you throw ’em all in / And you put that sucker on spin’ you get the sense that she truly believes everything will be OK in the end, and it makes you feel uplifted with her. If this is typical of what we can expect from the new record, then sign me up now!

Yes, there are not one, but two new Miranda Lambert songs out this week! She also dropped Locomotive, a song which she previously performed at CMA Festival in Nashville back in June, after the live version got an overwhelming response from fans.

Written by Lambert, her Pistol Annies bandmate Ashley Monroe and KS Rhoads, Locomotive is a thrashing, rocky number which sees Lambert delivering the quick-fire verses with plenty of grit in her voice over wailing guitars and pounding drums. Plus there’s a 70s-style ‘woop-woop’ bassline that echoes Eric Church’s Desperate Man (also produced by Joyce) and an absolutely brilliant chicken/wings pun in the chorus. It’s great to see Lambert showing off two very different sides of her sound in these tracks and hopefully this bodes well for the album when it arrives.

In this article:EF Country's Song of the Week, Miranda Lambert