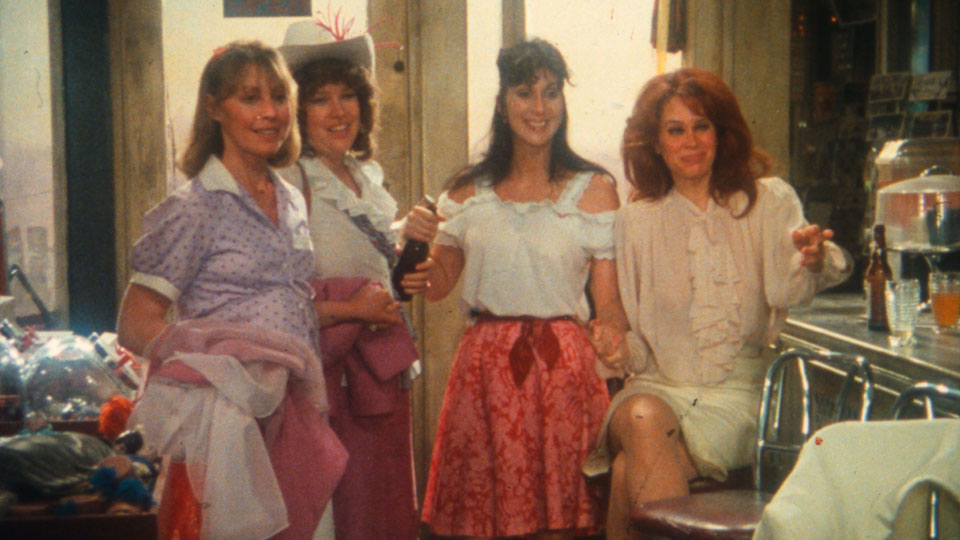 Eureka Entertainment to release Robert Altman’s Come Back to the 5 & Dime Jimmy Dean, Jimmy Dean, the fantastical character driven comedy starring Sandy Dennis, Cher, Karen Black and Kathy Bates, for the first time ever in the UK, in a Dual Format (Blu-ray & DVD) edition as part of The Masters of Cinema Series from 22nd July 2019.

Come Back to the Five and Dime, Jimmy Dean, Jimmy Dean is one of the wonderful highlights of an under-appreciated chapter of director Robert Altman’s career. Between the box office disappointment of Popeye (1980) and the explosive comeback of The Player (1992), Altman returned to lower-budgeted, independent filmmaking, often boldly experimenting with how theatre work could be inventively adapted for cinema and television. This period of Altman’s oeuvre also includes such masterworks as Streamers (1983), Secret Honor (1984), and Tanner ’88 (1988), but was initiated by Come Back, and this funny, touching film of the play by Ed Graczyk (who adapted it for the screen) is a triumph.

Altman’s film also jump-started the serious acting career of Cher, nominated for a Golden Globe for her role as Sissy, one of the “Disciples of James Dean,” an all-women fan club devoted to the late actor, meeting for a reunion at a crumbling Woolworth’s in a small Texas town in 1975. Joined by group leader Mona (Sandy Dennis) and the glamorous, initially mysterious Joanne (Karen Black), the women recall their love for Dean, and the club that began twenty years earlier when the actor was in a nearby town filming Giant, and the fatal car accident that followed. Soon, as more memories of 1955 are recalled, secrets are revealed and old friendships are put to the test.

Reuniting Altman with his previous stars Dennis (That Cold Day in the Park) and Black (Nashville), and providing Kathy Bates with an early feature role, Come Back to the Five and Dime, Jimmy Dean, Jimmy Dean is a study of nostalgia’s ability to distort the past, and another of the director’s fascinating portraits of the friendships between women. It’s also one of Altman’s warmest and most entertaining movies. The Masters of Cinema Series is proud to present Robert Altman’s Come Back to the 5 & Dime, Jimmy Dean, Jimmy Dean for the first time ever in the UK in a Dual Format edition.

Come Back to the 5 & Dime Jimmy Dean, Jimmy Dean, Robert Altman’s fantastical character driven comedy, is out Monday 22nd July on Dual Format and can be purchased at https://amzn.to/2VUiDXa.

To celebrate the release of Come Back to the 5 & Dime Jimmy Dean, Jimmy Dean, we’ve got 3 copies on Dual Format to give away. Enter below for a chance to win…

Advertisement. Scroll to continue reading.
In this article:Come Back to the 5 & Dime Jimmy Dean Jimmy Dean, Eureka Entertainment, Jimmy Dean