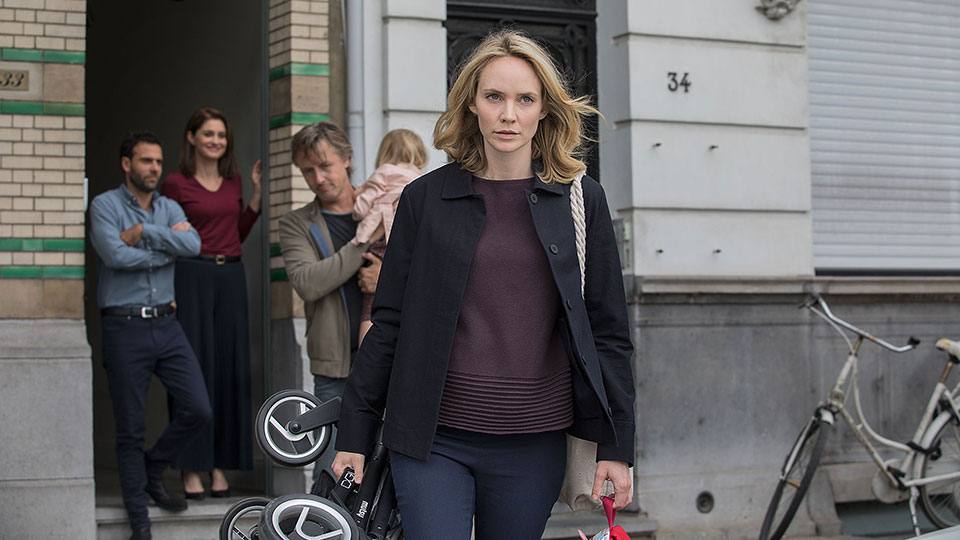 Just over a year ago, I reviewed the opening episode of Season 2 of Walter Presents: The Swingers, a Dutch series with a somewhat promiscuous title. I described it as ‘a powder keg of intrigue and brewing tension’, and I’m pleased to say that for the new season it’s kept its powder dry – it’s still an intriguing show, although some characters have come and gone in the intervening period.

If you want to avoid spoilers for Walter Presents: The Swingers series 3, stop reading this article now.

We’ve moved on two years from the end of Season 2, Eva (Bracha van Doesburgh) and Peter (Daan Schuurmans) are about to tie the knot – something that ought to have come instinctively to the acting couple as they are married in real life. But their celebrations are halted by the actions of a neighbour – a sinister looking character who has little time for the newly-wedded couple; and whose relationship with them sours further over the course of the first episode.

Meanwhile, the dying Grandmother of Roosje – the child Eva and Peter are seeking custody of – tells Roosje’s biological father, Milo (Tibor Lukács) of her existence. And when Milo later learns that Roosje will inherit a small fortune when she reaches 12 years of age, he decides that the time might be right for him to meet his young daughter. He drives to Eva and Peter’s house and steals Roosje’s dummy in order run a DNA test on it and prove that he is the father. And when the custody hearing takes place, Milo’s shock appearance has a disappointing consequence for Eva and Peter.

Milo’s home life is somewhat complicated, too – his 17-year old stepdaughter, Fay (Abbey Hoes), has been expelled from school and is lying around the house, mixing with the wrong company and smoking pot all day. His new wife, Anouk (Fockeline Ouwerkerk) is a successful businesswoman, but she’s struggling with her daughter’s attitude – and now she learns that her husband might have a child from a previous relationship.

As you can probably gather, there’s a touch of soap opera about the show. Virtually every character has his or her own sub-plot and cupboard full of secrets. And if you’re unfamiliar with the previous two seasons, it’d be pretty tough to pick up the plot straight away. It’s well-acted, nicely scripted and directed. It benefits from none of the stunning landscapes of some European productions – this all takes place in dull Dutch suburbia – but it’s got a certain amount of charm because of its ordinariness.

Season 4 is underway already in the Netherlands, and the actors are mostly well-known in their native country. It’s a fun ride – just don’t expect anything risqué as the title suggests.

The Swingers series 3 premieres on Channel 4 on 21st July, and the full boxset is available on Walter Presents via All 4 immediately after first episode airs.

In this article:The Swingers, Walter Presents