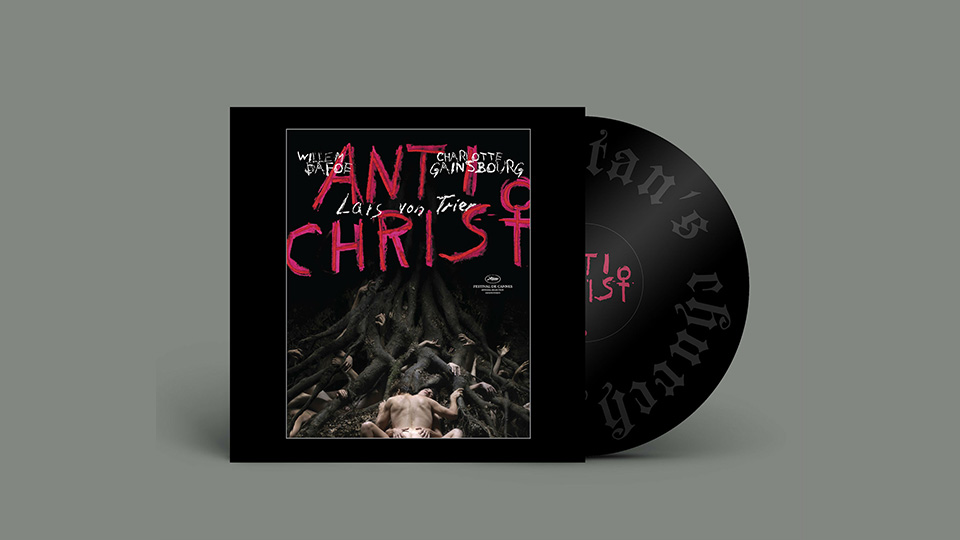 The soundtrack comes 10 years after the film’s release and is pressed onto heavyweight 180 gram vinyl with an etched B-Side. The vinyl is housed in a heavy 350gsm card full colour sleeve featuring the original theatrical release artwork.

There are two versions to choose from Black Etched and Eden Olive.

The sound design by Kristian Eidnes Andersen with Lars Von Trier, was composed using only natural sounds and samples (including internal body recordings). Each element was recorded specifically for the film and overseen by Von Trier, including a brand new, sombre performance of Händel’s Lascia Ch’io Pianga, recorded in Kastelskirken church in Copenhagen, 2009.

Antichrist stars Willem Dafoe and Charlotte Gainsbourg, and it proved to be a shocking and controversial as we’ve come to expect from Von Trier.

In Lars Von Trier’s Antichrist, a grieving couple retreat to their cabin in the woods, hoping to repair their broken hearts and troubled marriage, but nature takes its course and things go from bad to worse. Nature Is Satan’s Church. When nature turns evil, true terror awaits and chaos reigns

In this article:Antichrist, Lars Von Trier