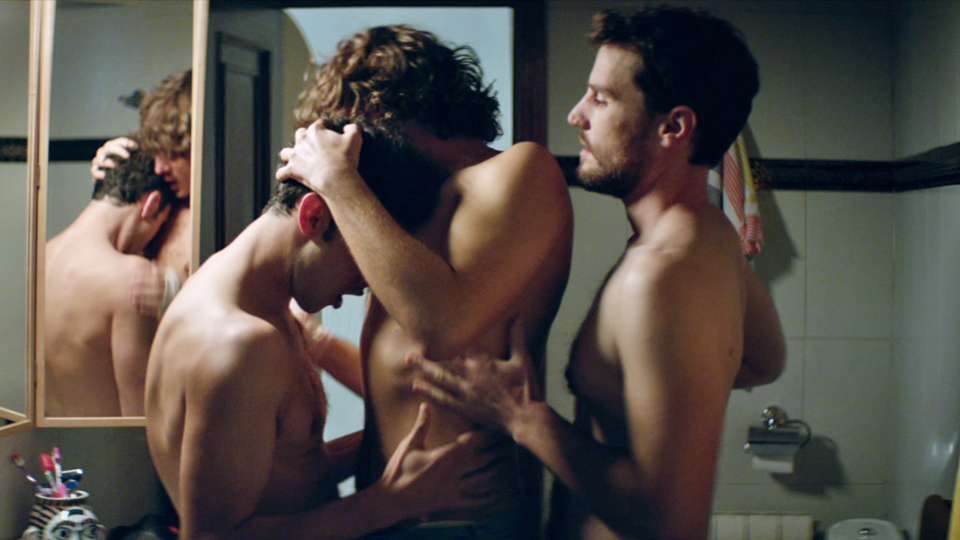 The Male Gaze series began last year with the release of shorts collection The Male Gaze: First Kiss. A new entry into the gay shorts genre alongside Peccadillo Pictures well-established Boys on Film, The Male Gaze themes a series of shorts, showcasing directors and talent from around the world. The Male Gaze: The Heat of the Night is the second instalment in the series and it builds on the promise of the first release.

The Male Gaze: The Heat of the Night features 6 shorts from the United Kingdom, Spain, Israel, Sweden and Belgium. As the title suggests, each short has a central theme that happens against the backdrop of a dark night often unravelling an unexpected series of events. Thirst, from UK director Eoin Maher, opens the set and it tells the story of Drew who delivers a monologue on modern relationships following a disappointing hook-up. Revealing his insecurities along with his wants and desires, Drew perfectly captures the perennially single gay man who is always looking for better than he has.

It’s easily one of the more unsettling of the shorts here as it explores the boundaries between sex and pain. Mateo is searching for something that his boyfriend isn’t willing to give him but when he’s in a position to get what he wants, he’s not all that sure of what he desires after all. This short will definitely stay with you.

Israeli director Moshe Rosenthal’s Hardcore follows a similar theme as two Israeli men hook-up with a pushy German tourist who has very set ideas about what he wants them to do to him. Like the previous short, it’s a little bit of an uncomfortable watch, particularly when one of the Israeli men gets a little too into dishing out physical violence as a turn-on.

The darker tone subsides somewhat for the final three shorts. Swedish director Valentina Chamorro Westergardh tells a supernatural tale with Beast, as the relationship between a man with a secret and a handsome new acquaintance picks up pace. Petit Ami by Belgian director Anthony Schattman tells the story of a young hustler spending a night with an older man and getting a surprise he didn’t expect, and the final short, from Belgian director Guido Verelst called Skai Blue, depicts a hook-up turned relationship between Tom and Cameroon refugee Simon. Both are surprising with Petit Ami in particularly packing a bit of a punch.

Like the first instalment The Male Gaze: The Heat of the Night packs plenty of variety into its 90 minutes. The six shorts have been selected well and they work together really well. The standouts for me are According to Mateo and Hardcore, but each one has something to offer. As strong a collection as First Kiss, The Heat of the Night showcases just how much talent there is out there if you know where to look, and thankfully NQV Media and helping us discover it.