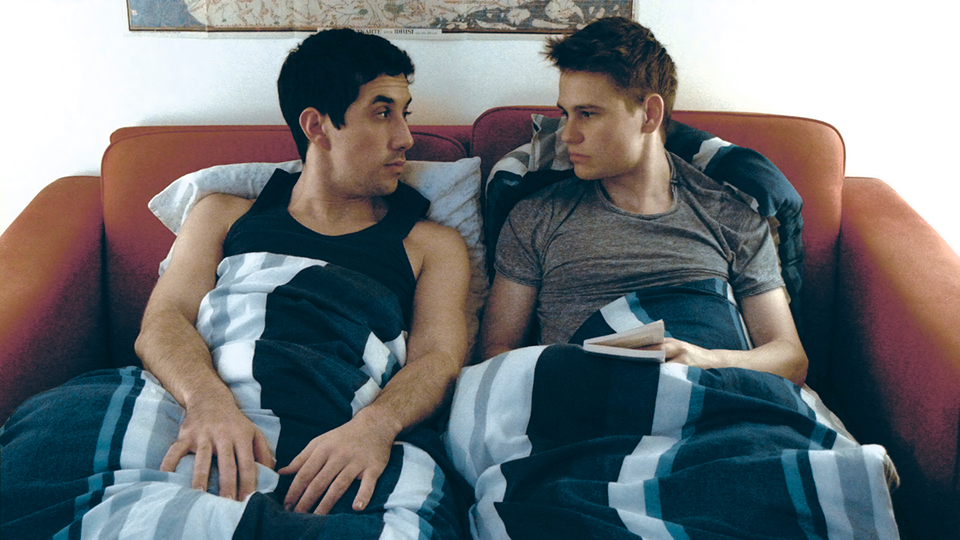 Martin (Paul Delbreil) returns to Paris to try and repair his relationship with his first love Léa (Adèle Csech). Realising that the relationship is past salvaging, Martin and Léa both try to move on with their lives. Martin starts to face up to the fact that he’s attracted to men as well as women, while Léa embarks on a relationship with a much older man. As they try to navigate their new found freedom, the former lovers stay in each other’s lives.

Love Blooms is from writer/director Michaël Dacheux and it captures a relationship that has simply run its course. Unlike other breakup films, there aren’t furious arguments, lots of tears and fingers being pointed. Martin and Léa simply realise that their time together has come to an end and they amicably move on. Martin bumps into old school friend Tristan (Thibaut Destouches), whom he moves in with while he finds his feet and Léa finds a new room-mate to share her apartment with.

The film’s most interesting hook is Martin’s admission early on that he sexually interacts with men as well as women. He confides that information to Tristan, feeling uncomfortable that they are sharing a sofa bed without him being honest about his sexuality. Martin concentrates on trying to make it as film-maker but when Bastien (Samuel Fasse) catches his eye, he starts to deal with the shame and embarrassment he feels about his sexuality.

On the downside, not much actually happens in Love Blooms. Everything is so understated that it actually lacks impact. Martin’s struggle with his sexuality is explored in a very shallow way while Léa’s relationship with an older man is barely explored at all. While I applaud Dacheux for trying to do something different in the breakup drama genre, Love Blooms ends up being… well just a little bit too dull.

The main cast are all perfectly fine in their roles. No one particularly stands out as they don’t have all that much material to sink their teeth into. We viewers never get under the skin of these people so we don’t really care about the outcome. I felt I should be rooting for Martin to come to terms with his sexuality but instead I really just wasn’t invested.

Love Blooms at least is trying to put a fresh spin on the romantic drama genre but it’s just too under-baked for it to be engaging or worth your time. There are moments when you think it’s going to really find its feet but it sadly never does. Dacheux never really invites the audience to get invested in these characters so what happens to them feels completely irrelevant.