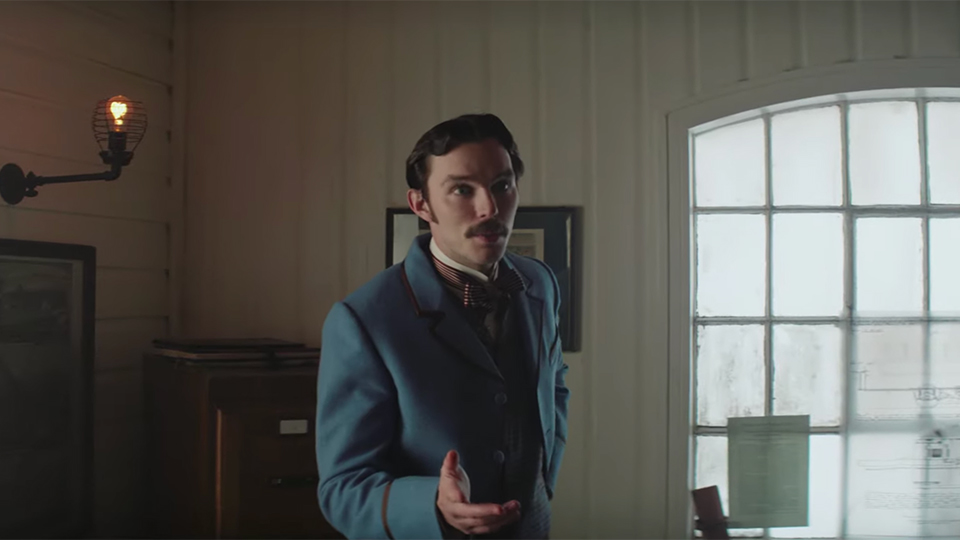 A new clip has been released from The Current War to mark the anniversary of celebrated inventor and futurist Nikola Tesla’s birth on 10th July 1856.

Starring Nicholas Hoult (About a Boy, Skins) as Tesla, the clip sees Tesla facing off against Thomas Edison (Benedict Cumberbatch). Watch the clip below:

Fuelled by the intense rivalry between electricity titans Thomas Edison (Cumberbatch) and George Westinghouse (Michael Shannon), The Current War tells the dramatic story of the late 19th century race to light up America and power the world.

In the late 19th century, Edison, famous, iconoclastic and unwaveringly wed to his direct current system of electricity, begins a battle with publicity-shy industrialist Westinghouse, and his system of alternating current. The rivalry begins in his lab at Menlo Park, New Jersey, and spills onto the country’s front pages into a bitter court case. The two struggle via fair means and foul to win the War of the Currents.

Hostilities boil and lives are lost as the rivalry plays out on a thrilling, world-changing scale. As the two vie for the right to power the 1893 Chicago World’s Fair, the arrival of an otherworldly Serb inventor called

The Current War is released in cinemas nationwide by Entertainment Film Distributors on 26th July 2019.

In this article:Nicholas Hoult, The Current War