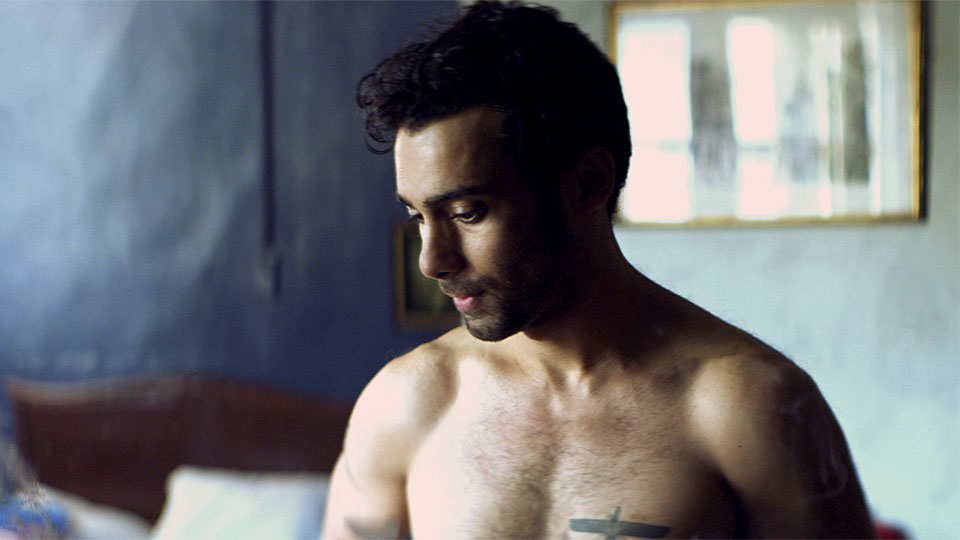 Iranian construction worker Ramin (Arash Marandi) has fled his home country to escape the violence and discrimination he’s faced as a gay man. Finding himself in the Mexican port of Veracruz, Ramin doesn’t speak the language and is struggling to get by. Feeling like he doesn’t fit in there either, Ramin begins to consider leaving but he starts growing close to Guillermo (Luis Alberti), a former gang member that he works with on a construction site. He also forms a friendship with Leti (Flor Eduarda Gurrola), the owner of the hotel he stays in, who agrees to teach him Spanish but is battling her own demons.

Fireflies is the latest film from Iranian filmmaker Bani Khoshnoudi and it focuses on three very different characters that are all trying to deal with their personal baggage. The main focus is on Ramin whose past is frequently hinted at but never fully explained. We know that he was in a bad relationship and that he wasn’t able to be himself in his home country, but he never explicitly states that he’s gay to anyone over the duration of the film suggesting that he feels shame over his sexuality.

His infatuation with Guillermo provides the film’s tension and you spend a good portion of the it wondering if Guillermo himself may be closeted. That question is eventually answered but up until that point you worry about Ramin as he teeters closer to making his feelings known. Like Ramin, Guillermo is a bit of a mystery but he too left his home country of El Salvador to escape the violence that has plagued his life.

Leti seems like the most together of the three characters but she, like Ramin and Guillermo, is battling her own issues. In her case, her boyfriend upped and left to go to the United States and his returned is impending, which creates a sense of conflict. She distracts herself with Ramin but very rarely reveals much about herself.

One of the key themes of the film is how people who are drawn together very often leave plenty unsaid. These three characters form relationships but they aren’t built on honesty or disclosure. This comes from all three having been through life-changing experiences where honesty has done them no favours so they prefer to keep themselves to themselves, which winds up putting them in the crosshairs for more hurt and pain.

All three central actors give good performances. Arash Marandi delivers a sensitive performance with plenty of heart while Luis Alberti brings out the alpha-male side of Guillermo, providing an interesting contrast next to Ramin. Flor Eduarda Gurrola offers a little bit of light relief and her scenes with Marandi are among the film’s best.

Fireflies is a slow burning but intriguing film. It leaves a fair amount open to interpretation and you discover more by reading between the lines than what actually unfolds on the screen. That’ll likely mean it won’t be for everyone but if you like thought-provoking dramas, then you should add this one to your watchlist. It feels even more relevant released during the global Pride celebrations.