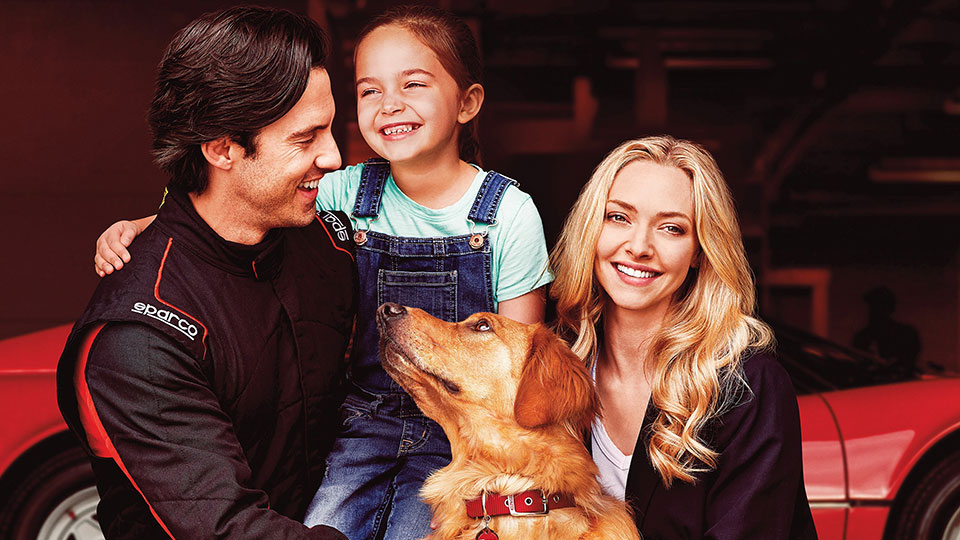 The launch poster and trailer have been released for the upcoming heartfelt family movie The Art of Racing in the Rain.

Milo Ventimiglia stars as Denny, a racecar driver who is devoted to his witty, wise almost human dog, Enzo. More than a pet, Enzo (voiced by Kevin Costner) is Denny’s best friend. Denny meets Eve, a teacher played by Amanda Seyfried; they fall in love, marry and have a baby.

With support from Eve and Enzo, Denny learns how to navigate family life, even in times of crisis, using the lessons he’s learned on the race track.

Moving, exciting and at times very funny, the film is told from Enzo’s perspective, with the dog’s unique insights into the complexities of family life and the human condition.

The film is directed by Simon Curtis with a screenplay by Mark Bomback, based on the bestseller by Garth Stein.

The Art of Racing in the Rain is released in UK cinemas on 9th August 2019.

In this article:The Art of Racing in the Rain