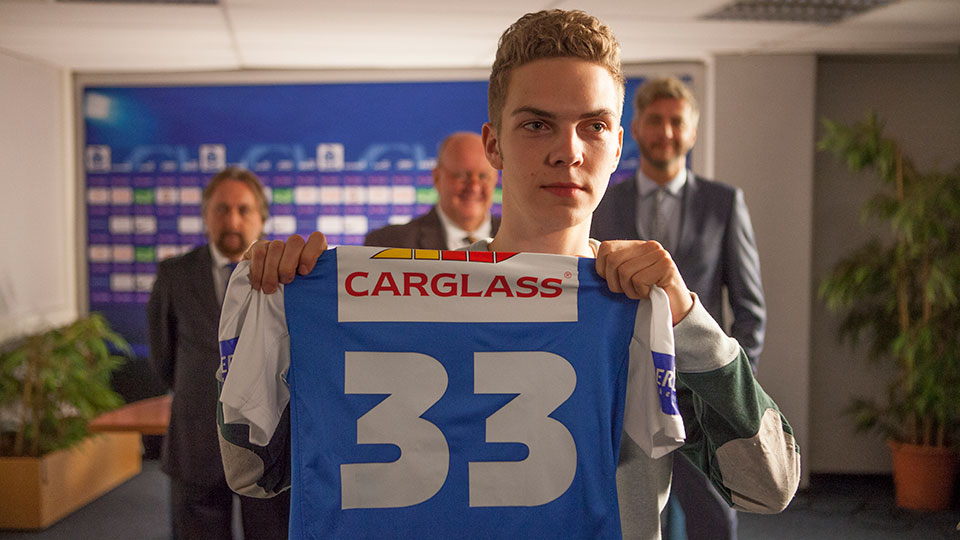 There are relatively few football related dramas out there, which is perhaps surprising given the popularity (and wealth) of the sport.

If you want to avoid all spoilers for The Score, stop reading this article now.

Part of the reason might be that action shots of the beautiful game on film often look staged compared to the real thing. Close ups of an actor portraying a creative midfielder tiptoeing through a sea of hapless defenders, before unleashing a shot into the top corner of the goal, have an almost comic book feel to them. Compare that to the likes of Eden Hazard or Raheem Sterling doing their thing, the staged version can look – frankly – naff.

The Score (Spitsbroers in its native Flemish), therefore, is a brave attempt to take on the challenge of making a credible footy drama. And whilst not quite Premier league, the first episode shows some silky skills and promise.

The premise of the series surrounds two young brothers – Alan and Dennis – who play for a small Belgian side and are coached by their father. When Alan – the older brother – is scouted by a Belgian Premiership side, K.A.A. Gent, he and his family and friends start to count their chickens way before any eggs are in sight. Sure enough, it turns out to be a case of mistaken identity and it’s the younger brother, Dennis, who is ultimately selected. As a result, Alan’s world starts to collapse. His fiancée leaves him and the relationship between him and Dennis is strained to breaking point.

The producers managed to convince K.A.A. Gent to participate in the show, so many of the scenes are shot at their 20,000 capacity Ghelamoco Arena – which adds an air of authenticity to the show.

The cast are probably relatively unknown to most UK viewers, but Marc Lauwrys – who plays the scout in The Score (and who has more than a passing resemblance to the Derek Smalls character from This Is Spinal Tap) – might be recognisable from Code 37: Sex Crimes, the popular Belgian show starring the fabulous Veerle Baetens.

The show has a certain naïve charm to it – and whilst the characterisation can be a bit two-dimensional at times, the basic concept of the love between two brothers (one going through a stratospheric rise to fame, the other having his hopes quashed and life ruined) is really quite sweet.

Don’t expect anything ground-breaking or earth-shattering here. It’s pretty much a soap opera with a football theme running throughout. It’s a story of family loyalties and how fame (and having fame taken from you) can temper those relationships. But if you’re a football fan who enjoys a bit of lightweight drama, this could be worth a watch.

Walter Presents: The Score series 1 and 2 boxsets will be available to stream exclusively on Walter Presents via All 4 from 5th July 2019.