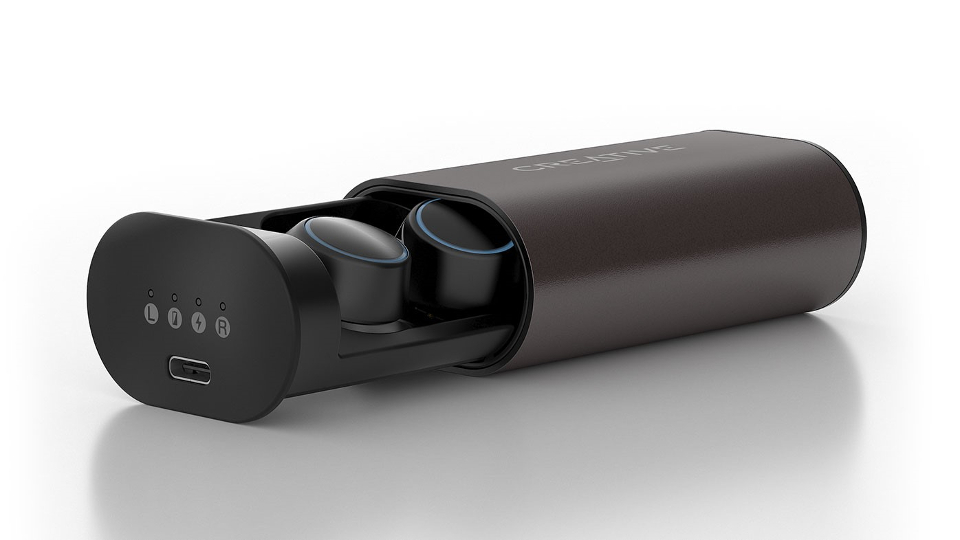 I’ve always hated wearing headphones at the gym or when running. They always fall out my ears or the wires get in the way. A couple of years ago I picked up a cheap pair of Bluetooth headphones which I found better but they were still connected to each other by a wire. They also continued to fall out my ears and had terrible battery life, not to mention endless connection problems.

When I was given the opportunity to review the Creative Outlier Air I was interested to see how far the technology has come. The Outlier Air are Creative’s first shot at fully wireless in-ear headphones. They fall into the same category as Apple AirPods and Samsung Galaxy Buds. A nice surprise is that they come in cheaper than both of those big names at a very reasonable £74.99 compared to the £159 and £139 of the Apple and Samsung offerings.

When you buy a set of these, in the box you get the left and right earbuds, a neat charging case, an extra set of silicone tips, a USB-C cable and a small instruction manual. Everything looks a bit futuristic and I was impressed by the design of the earbuds and the charging case. The charging case is made of aluminium with curved edges and it has a lovely smooth premium feel. It weighs just 54g and fits easily into the palm of your hand. Dimensions-wise it comes in around 7.5cm x 4cm x 2.5cm which is a little chunky but I’ve had no issues at all carrying it around in my jeans pocket.

It’s not immediately obvious what the case is and people I’ve shown it to have thought it might be a powerbank for my smartphone. That’s actually a decent guess because one end of the case has four LEDs and a USB-C connection. This is because inside is a rechargeable battery that keeps your earbuds topped up when you aren’t using them. Fully charged they last for up to 10 hours and the case stores an additional 20 hours worth of playtime.

The charging case can be fully charged in under two hours. Pushing the end of the case without the LEDs and charge port, slides out the earbud tray. Here you’ll find two magnetic slots to place the earbuds. They are very easy to pop in and take out, plus it stops them falling out should you open the case upside down.

The first earbud that you take out of the case becomes the main one and pairs with your phone. The second one will then automatically pair. After pairing with my phone for the first time they just paired automatically each time and this worked flawlessly. When you place the buds back in the case they turn off and begin to charge. It’s possible to wear both buds together or just a single bud if you prefer.

Popping them in your ears is simple enough and I found them to fit snugly. For me they just fit perfectly and remain comfortable during long sessions. The other thing that I was delighted about is that they just stay put. I didn’t have to constantly adjust or keep pushing back into my ears like most other headphones I’ve used over the years. These are also IPX5 rated which means they are sweatproof and can withstand rain.

Each bud has an illuminated circle on the outside that lights up red or blue. The middle of these rings is a large push button that can be used to perform all the actions you’d expect such as play/pause, change volume and skip tracks. You can also use them to answer calls, with both buds featuring mics and playing the audio, or talk to your digital assistant such as Siri or Google. The buttons get the job done but can be a little awkward and although they were ok for me, I think some users might find pressing them can be uncomfortable.

For the price point, the audio quality of these earbuds is outstanding. They feature 5.6mm graphene drivers and support Bluetooth 5.0, aptX and AAC codecs. This means they use less energy than older versions of Bluetooth despite performing at least twice as fast. All kinds of audio I’ve thrown at them sound excellent with great bass and performance at different ranges. I’ve also had no issues with connection dropouts and audio has stayed in sync perfectly with video.

Overall I’ve been incredibly impressed with the Creative Outlier Air. They perform as well as, if not better, than many wireless earbuds and at a much cheaper price point too. Creative have achieved something really special here and I really can’t recommend them enough if you’re in the market for some wireless earbuds.

In this article:Bluetooth, Creative, Headphones, Wireless