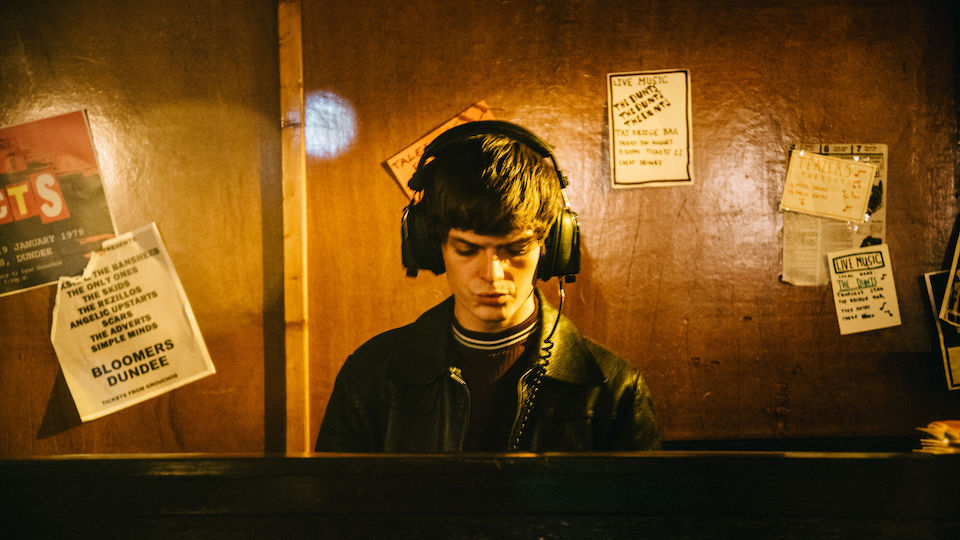 Written and directed by Dundonian entrepreneur David McLean, this early-80s coming-of-age tale takes a somewhat romanticised biographical glimpse at McLean’s early years in the music business. Shot in and around Dundee, Schemers receives its World Premiere at EIFF this week, as part of the Best of British strand.

Young Davie (Conor Berry) is pursuing a football career – even though he knows deep down that he isn’t good enough – when a leg-breaking tackle puts an end to his dreams. Whilst in hospital he falls in love with student nurse Shona (Tara Lee), and in a desperate attempt to impress her, he invites her to a night club event that doesn’t exist. With no choice but to somehow scrabble together and make the event happen, this kickstarts Davie’s career as music promoter.

Together with his DJ pal John (Grant R. Keelan) and a local drug dealer named Scott (Sean Connor), Davie starts promoting local bands and putting on bigger and better events in Dundee. But with the cost of expanding their business essentially bankrupting them, they turn to a local nightclub owner and notorious Dundonian gangster for help.

Schemers has a really vibrant visual style and texture to it, smartly choosing to eschew that grim, slate-grey palette you so often see with films shot in Scotland. McLean instead uses every trick in the book to keep the film buzzing with creative energy, evoking the hyper-stylised visuals of Scorsese, Danny Boyle, and Edgar Wright. Of course when you’re employing lots of voice-over, freeze-frames, and smash cuts, you walk a fine line of being derivative, but Schemers has just enough charm to pull it off.

Overall the film is something of a mixed bag. Everything happens at such a breathless pace, that the characters end up being drawn in very broad strokes. Also, the stakes never really seem that high. Even when they end up involved with a bunch of so-called dangerous gangsters, it’s all very light-hearted and just played for laughs.

Tonally and thematically you can sense it stretching for Good Vibrations (the fantastic Terri Hooley biopic about the punk scene in Belfast) but it falls a wee bit short. But as a witty and energetic love letter to the city of Dundee, with a great soundtrack, and a dreamer’s spirit, Schemers is well worth checking out.