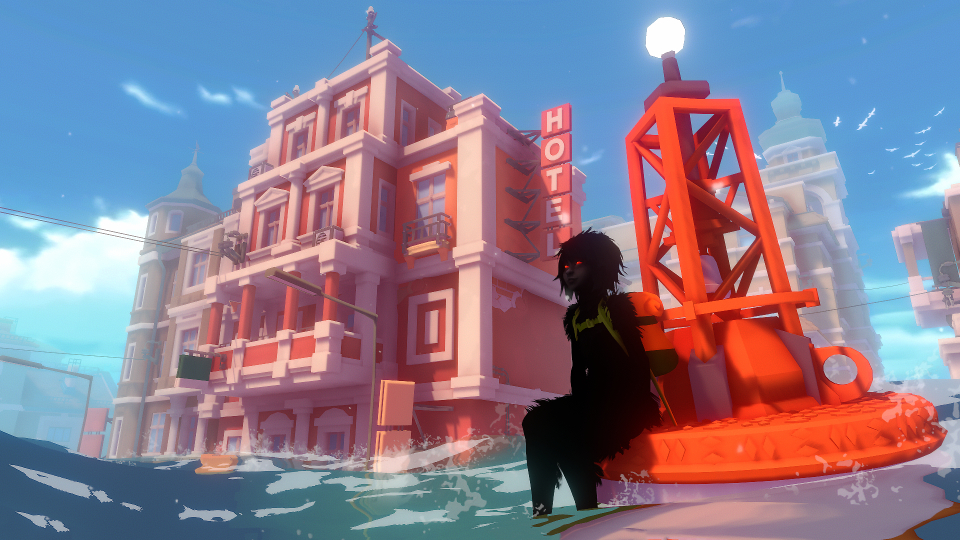 There were some great game releases to choose from in June. My top picks for the month were My Friend Pedro, Hell Let Loose and The Sinking City.

July continues the summer drought of big releases which gives us times to revisit our backlogs. Despite a lack of big titles there’s still plenty of new releases across each of the platforms. As usual there’s something for everyone.

Of all of the July releases, I’m most looking forward to Wolfenstein: Youngblood which is arriving on all the major platforms. I’m also keen to check out EA Original Sea of Solitude and Blazing Chrome.

The third expansion pack, Shadowbringers, takes players to a new dimension, the First Star, which is a reflection of the Source which is the player’s home world. Here, players are tasked with restoring darkness to a world drowning in light as they adopt the mantle of Warrior of Darkness. Features include a new level cap of 80, new dungeons and raids, new zones, two new jobs—Gunbreaker (tank) and Dancer (ranged damage-dealer), and changes to the battle system. This expansion debuts two new playable races: Viera, as seen in Ivalice games, and Hrothgar, which are based on Ronso from Final Fantasy X.

They Are Billions (Xbox One, PS4)

A steampunk apocalypse by Numantian Games. Imagine a world devastated by billions of infected humans after a zombie-like apocalypse. Build human colonies to survive in a post-apocalyptic planet where billions of the infected try to annihilate the few remaining living humans. The colonies must defend themselves against swarms of the infected that roam the world using retro technology because all knowledge has rewound back to that of similar to the XIX century.

Sea of Solitude is an emotional experience that takes players on a personal journey to overcome a young woman’s inner loneliness. Players must help Kay see below the surface and beyond, guiding her through a flooded city landscape in a deeply touching tale of darkness and light. As waters rise and fall to reflect her own state of mind, Kay will meet fantastical creatures and monsters, learn their stories and solve challenges to rid the world of tainted memories.

JoyMasher’s Blazing Chrome harkens back to the golden days of side-scrolling shooters with modern touches ensuring its gameplay feels as precise as it does authentic to the era it channels. Players can tear through six highly-varied stages filled with deadly, bullet-spewing AI as Mavra, a lone human resistance fighter, or the rebellious robotic insurgent Doyle.

The evil Children of Hargon are determined to eradicate all creators and have outlawed the building, cooking, and creation of all things. In an attempt to spread their destructive dogma, the calamitous cult captures the builders of the world. All hope seems to be lost until you, a young apprentice builder, manage to escape from the clutches of evil. After washing up on the shores of the deserted Isle of Awakening, you encounter the spirited Malroth, a mysterious youth with no memory of his past. With the help of your fearless new friend, you embark on a grand adventure to gather the skills required to become a full-fledged builder, but the road you build is paved with peril. Only you can defeat the Children of Hargon, uncover the secrets of Malroth’s past, and unravel the riddles of this mysterious land.

Rid Paris of its Nazi problem together with a friend in Wolfenstein: Youngblood, the first co-op game in the series’s history. Set in a twisted 1980, step into the power armor of the “Terror Twins,” Jess and Soph Blazkowicz, on a mission to find your missing father BJ.

War is coming to the great land of Fódlan. Here, order is maintained by the Church of Seiros, which hosts the prestigious Officers Academy within its headquarters. You are invited to teach one of its three mighty houses, each comprised of students brimming with personality and represented by a royal from one of three territories of Fódlan. As their professor, you must lead your students in their academic lives and in turn-based, tactical RPG battles wrought with strategic, new twists to overcome.

EF Games will bring you our top gaming picks for August 2019 towards the end of July. In the meantime, let us know what you’re playing and looking forward to via our Twitter and Facebook pages. Remember to give us a Follow or a Like while you’re there!