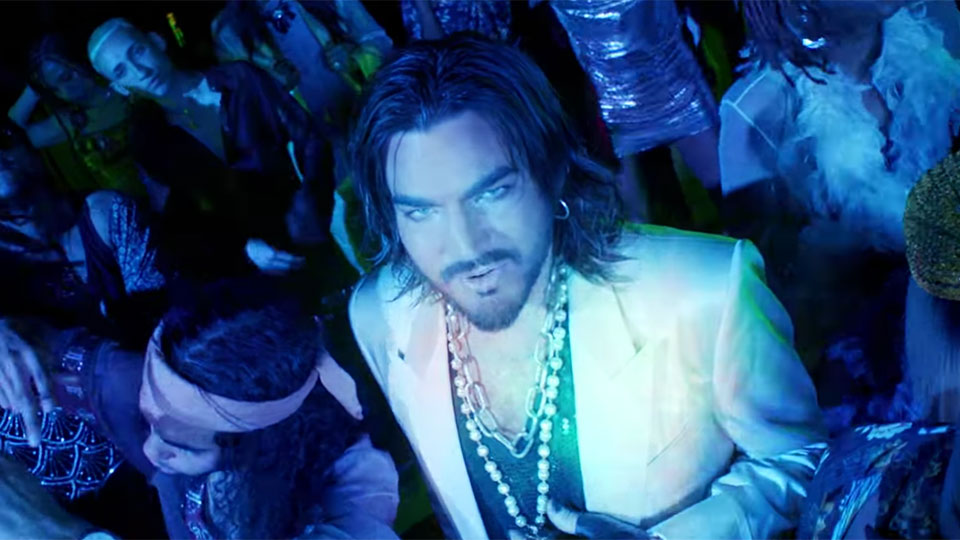 Adam Lambert has released the music video for his new single Comin in Hot, just days after teasing the song’s arrival on social media.

The music video is directed by Miles & AJ and it features an appearance from Miss Shalae, who rose to fame as a Beyonce impersonator. Watch the psychedelic video below:

Continuing the vibe of previous single New Eyes, Comin in Hot is a hazy, atmospheric pop track with a funky groove and distorted vocals from Lambert. The video perfectly captures the feel of the song and promises that there’s more to come at the end.

Comin in Hot was written by Michelle Buzz, Sean Davidson, Andre Davidson, Adam Lambert and Katie Pearlman. It is produced by The Monarch.

The track features on Side A of Lambert’s upcoming two-part album Velvet, the first of which is due to arrive in September. It’s expected that New Eyes and Feel Something will be on the release too.

We’re loving this new direction for Lambert and the sound really suits his unique and distinctive style. Comin in Hot is a strong release and we can’t wait to hear what else he has coming up.