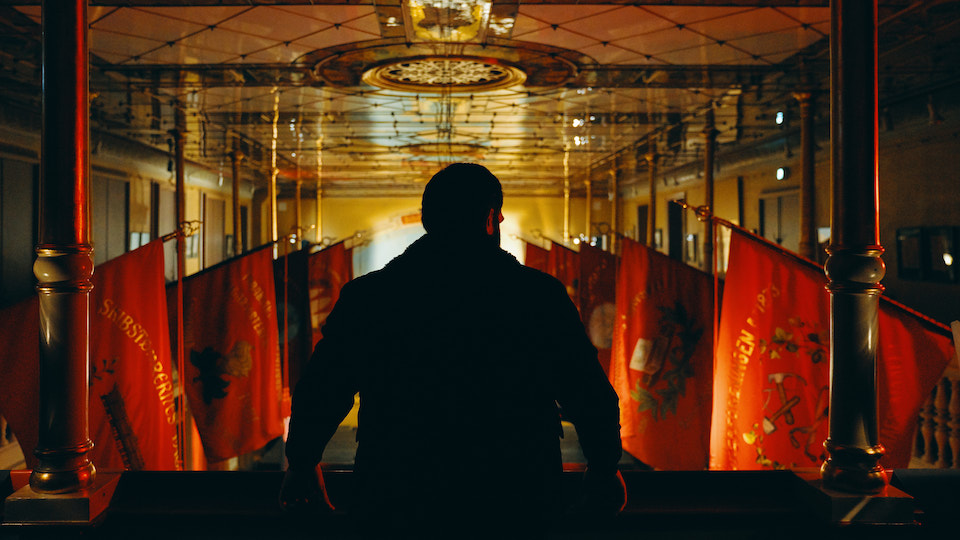 Ulaa Salim’s feature directorial debut, Sons of Denmark explores the complex subject of radicalization in this blisteringly relevant and pulsating thriller. Set in an alternative version of Denmark, dealing with extremely topical and provocative material, the film holds a mirror up to contemporary Europe (and America) and basically asks the question: do you like what you see?

The film begins with a shocking prologue, as a bomb explodes in the centre of Copenhagen. We then jump forward a year, and the shockwaves of the blast are still being felt. There has been a huge surge in right-wing populism and anti-immigrant sentiment. A new nationalist party led by straight-talking fascist Martin Nordahl (Rasmus Bjerg) is shaking up the political scene. Meanwhile, a neo-Nazi group calling themselves the Sons of Denmark, inspired by the hateful rhetoric of Nordahl, are committing atrocious acts of racism and violence.

When we meet 19-year old Zakaria (Mohammed Ismail Mohammed), the severed head of a pig has been left in his neighbourhood, along with a message written in blood. He lives at home with his loving mother and younger brother, but spends his evenings watching online videos of warzones and conflicts in the Middle East. He wants to do something that will make a difference, and so becomes involved with a militant Islamic group. They train Zakaria for a planned act of retaliatory aggression that will have profound consequences: the assassination of Martin Nordahl.

At the half-way point in the film, the focus neatly switches to Malik (Zaki Youssef) an officer within the Danish Security and Intelligence Service. He is involved in the investigations into the Sons of Denmark and also the Islamic extremists. Youssef delivers a carefully layered performance, effectively capturing the conflict he feels, caught between these two ever dividing worlds. As an agent of the state, he is led to believe that he will be fine if Nordahl comes to power and enforces his anti-immigrant policies. Malik is one of the “good ones” after all. But Malik can see the bigger picture. In one terrific moment, he and his wife are watching late night TV, and Nordahl is being interviewed in a cutesy and funny style, which the audience lap up. The normalisation of fascism. Sounds familiar doesn’t it?

This is an extremely compelling piece of work from Ulaa Salim, and marks him out as a talent to watch out for in the coming years. This is incendiary stuff he is dealing with, and could be ripped straight from the headlines of any number of countries. This adds to the potency of the film, knowing that the climate of fear and intolerance is on the rise, and that the alt-reality he has depicted here is only a minor distortion of our own.

The script however, doesn’t quite match the filmmaking skill on display, or provide the necessary level of authenticity required for such provocative subject matter. This is particularly evident in the third act, where expediency of plot takes precedence over character and action, plausibility be damned. Sons of Denmark sails very close to the wind in the final act, but comes away largely unscathed as it is so well made and so propulsively thrilling.