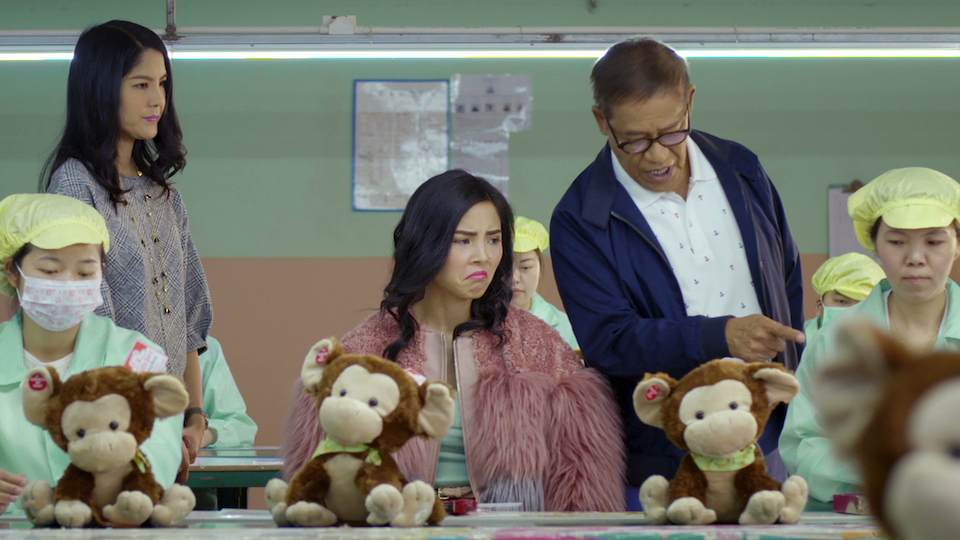 The essential DNA of Go Back to China is something we need to see more of in mainstream cinema. It’s terrific to see diverse stories being told, with Asian and Asian-American actors in the lead roles, in a film written and directed by an Asian-American woman. From a representation point of view, this is definite progress in the right direction. And whilst it’s a good thing that a film like this got made, in all honesty it’s not very good.

Written and directed by Emily Ting, Go Back to China tells the story of Sasha (Anna Akana) a spoiled and privileged trust fund baby, living the sweet life in Los Angeles. Her father Teddy (Richard Ng), a hugely successful Chinese businessman wants Sasha to come and work for him. When she refuses, he cuts her off financially. If she wants her money back, then she has to go back to China and work in his factory for a year.

It’s a strong premise, but the film is not really what you expect it to be. It sets you up to think this is going to be a classic fish-out-of-water movie, with uproarious culture clash comedy. However, it is in fact a fairly low-key, family drama about learning important life lessons. I also would have put money on there being a romantic sub-plot in the film, but yet again Ting keeps things entirely focused on the family dynamic. These would ordinarily be positives, as confounding audience expectation is a good thing as far as I’m concerned. But unfortunately, the film is so pedestrian, and driven by so much exposition, that it could really have done with a blast of something comedic or romantic just to bring it to life.

The biggest laughs the film elicits are unintentional, and as a result of the weak screenplay. It is so clunky and on-the-nose, the characters have absolutely no inner lives. Everyone just tells each other what is going on, showing absolutely no faith in the audience. The film does have a few things to say about privilege, and about China’s place in the modern world, but the script doesn’t explore them any further than the flat surface of the film.

Go Back to China feels like a real missed opportunity. There’s scope for so much conflict and interesting relationship drama, but the film just skips over it all. When Sasha arrives in China, she meets all of her half-siblings, the living proof of Teddy’s serial adultery, but there is no meaningful confrontation here about his failings as a father. When Sasha sees the conditions in the factory canteen, she asks Teddy to improve them, and so he does. And we skip along to the next scene.

Anna Akana and Richard Ng both have engaging screen presence, and do pretty well with the lines they are given. But overall there is little to recommend here. However, if you’re looking for a relatively wholesome, light-hearted TV-movie-of-the-week style drama you can enjoy with the entire family, I’m pretty sure you’ll find Go Back to China on a streaming service sometime soon.