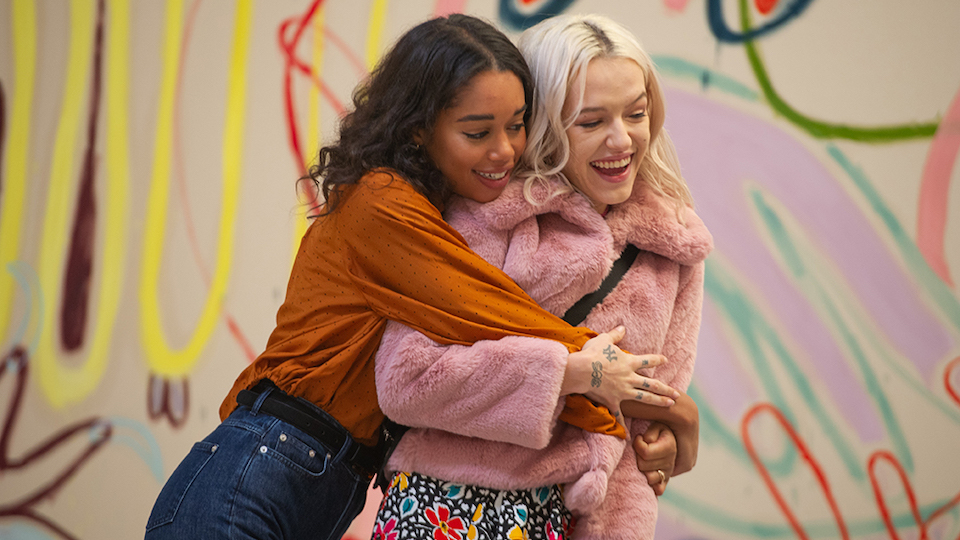 If you’re interested in this film because of the Biffy Clyro soundtrack, might I suggest that you just buy the album, and save yourself the disappointment of actually watching the film. Directed by prolific filmmaker Jamie Adams, and co-written by Adams and Biffy Clyro front-man Simon Neil, Balance, Not Symmetry arrived at EIFF this year with strong word of mouth (so much so we named it as one of our 15 must see films) but I’m sad to say it amounts to nothing more than a vanity project.

The film tells the story of Caitlin (Laura Harrier), a student at Glasgow School of Art, who is struggling to come to terms with the recent death of her father. Over the course of the film she uses her art as a way to process her grief, as well as all the other complications and emotions in her life. That’s it. But with lots of Biffy Clyro music playing loudly and intrusively on the soundtrack.

Look, I’m fully willing to acknowledge that this film is not aimed at me, and that is fine. But I would argue that anyone who isn’t a fan of either a) Biffy Clyro, or b) art students moping around Glasgow in slow motion, is also going to struggle with this film. I found the whole thing to be exasperatingly amateurish, so much so that I couldn’t believe the likes of Kate Dickie and Laura Harrier were even in the film.

I suspect the intention here was to create an expressive mood piece, rather than something with a more traditional narrative, but it looks and feels like a student film, full of pretentious proclamations about the importance of art. And I agree, art is an essential ingredient for the nourishment of the soul, but that’s all the film has to say. And it just keeps saying it over and over again. Subtext be damned, the filmmakers lay it on so thick it becomes the entire plot of the film.

The one saving grace for the film is Laura Harrier and her on-screen chemistry with Bria Vinaite (last seen being brilliant in The Florida Project). These two are great together, incredibly natural and believable as best friends. The scene in Caitlin’s studio where they patch things up after a falling out is the best thing in the film.

After receiving a Gala World Premiere at EIFF, Balance, Not Symmetry is getting a one night only theatrical release at the start of August at various cinemas around the UK, which will be followed by a short acoustic set with Biffy Clyro, and a Q&A featuring Laura Harrier and Bria Vinaite. Beyond that, I honestly don’t know what the future holds for this film. It might find an audience via the passionate fan-base of the band, but I suspect most will just buy the album.