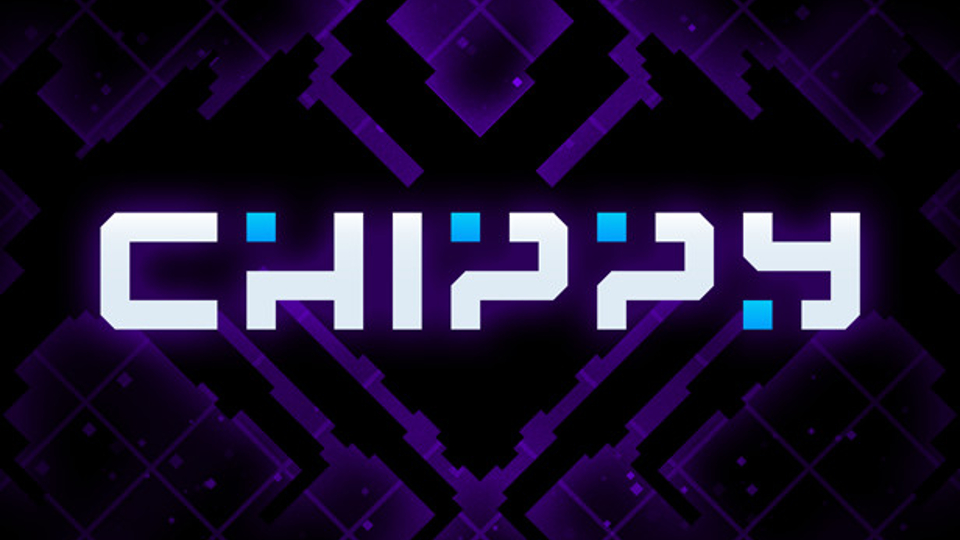 Chippy is a new twin-stick bullet-hell shooter from Facepunch Studios (Rust). If you’re not sure what I mean by that then a quick look at the video or images below should give you a good idea of what to expect. The core gameplay is similar to titles such as Geometry Wars, Enter the Gungeon and Nex Machina.

To stand out in this genre games really need to have their own gimmick. For Chippy the clue is in the title, as shooting at the enemies allows you to chip away at them and break huge chunks off. It’s a neat trick that adds a lot to the game and really makes you think about how to tackle each level.

Watch the Chippy launch trailer below:

You take control of a simple arrow shaped space ship that is moved and rotated using the left stick. The right stick is used to aim your guns which are fired by pressing or holding the right trigger. Movement is smooth and responsive which is exactly what you need in a game such as this.

Each level features a large boss enemy that you need to destroy in order to progress to the next. To kill them you need to destroy their cores but before you can damage them you need to take out all their smaller guns. This is where things get interesting. You can focus your fire on the small guns or shoot through the main boss to chip bits away. Levels that at first seem impossible become easier as you work out the best way to chip away at the bosses.

View some Chippy screenshots in our gallery:

Destroying the guns rewards you with a choice of power-ups that come in pairs. Some of these are attack-focused allowing you to gain abilities like double shot, turrets or cannons. Other abilities are defence-focused and reward you with things like a shield or the ability to dash. When a pair of abilities appears you can only collect the first one you touch. It pays to choose the powerups that suit your playstyle or that will help you take down the current boss.

To make things difficult for you the bosses flood the screen will all kinds of projectiles. This is the bullet-hell part of the game and you need to have quick reflexes and think fast about your position and movement at all times. Weaving through these can be tough and requires laser concentration but there’s a great sense of achievement each time you pull it off.

The game is difficult right from the first level and only gets increasingly harder from there. Each attempt you make is scored based on how much of the level you beat and how quickly you did it. Your best times are ranked on the leaderboards allowing you to see how you did compared to friends and the rest of the world.

If you like chasing leaderboards then Chippy is going to keep you coming back time and time again. There’s also a neat feature that lets you watch the replay of any other attempt by your fellow players. Watching how the top players clear the levels so quickly is a great way to learn how to improve yourself. Best of all is the option to hijack a replay and jump straight into the game at the point you choose to hijack.

Overall I’ve really enjoyed my time with Chippy so far and can highly recommend it to anyone who loves twin-stick or bullet-hell shooters. Fans of chasing leaderboards are also going to love the game as they compete to be the best. If this sounds like your kind of game, as it did to me, then I’d urge you to check it out. I’ve found it so hard to put down I have the blisters on my hands to prove it.

Chippy was reviewed using a digital code supplied by the publisher.