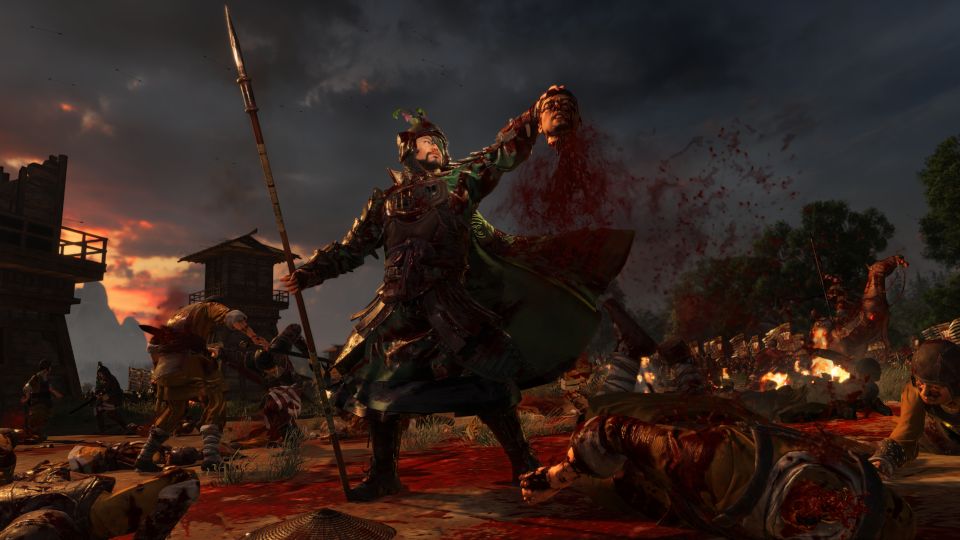 War is a bloody business and the Reign of Blood DLC aims to bring all of this chilling gore and violence to Total War: Three Kingdoms. If you think about it, Total War games are already quite horrific in terms of the human cost. Granted, they’re not real people, but have you ever stopped to think about how many of your troops actually get killed during a campaign or how many body parts get hacked off?

The Reign of Blood Effects Pack will introduce several new gory and mature-rated effects, animations and kill-moves to the game in both Campaign and Battle, meaning you can witness limb lops, beheadings, and charred corpses in sadistic detail.

View the Reign in Blood trailer below:

The Reign of Blood Effects Pack will cost £1.99 and will be available to buy from 27th June. You can already add it to your wishlist on Steam.

If you haven’t yet played any of Total War: Three Kingdoms check out our review.

View some more bloody screenshots in our gallery below: