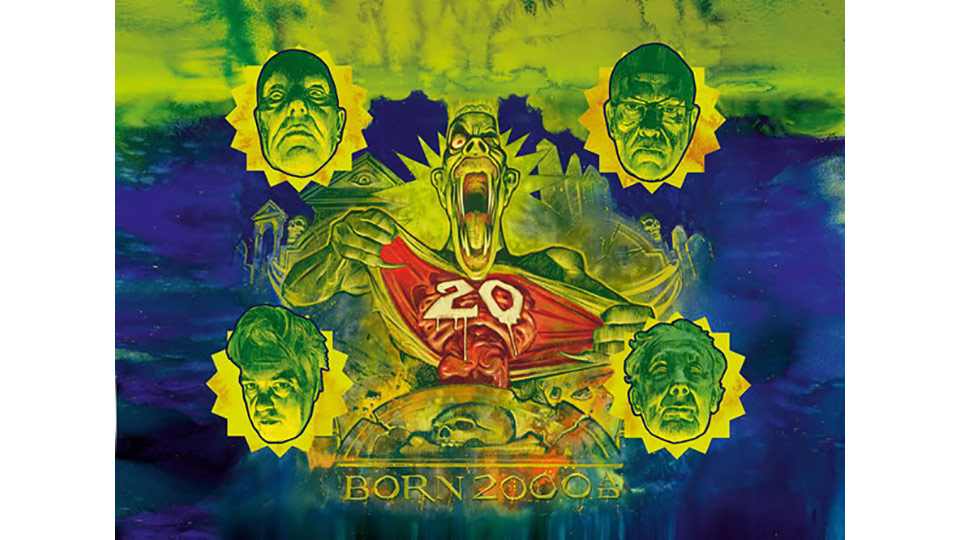 The countdown is on for Arrow Video FrightFest 2019 and ahead of the programme being announced in a few weeks, the artwork for this year’s festival has been unveiled.

Graham revealed: “Emerging each year from the charnal grounds, the monster tears open his own flesh to reveal the FrightFest numerical milestone, the 20th year! Inspired by the glow kits of the early 1970s, four ghastly apparitions flank the anti-hero, the Four Horror-men of the Annual-Gorefest! Each a-glow with sinister light”.

The artwork reveal comes after the announcement of Fresh Blood, which is taking submissions now.

In this article:Arrow Video FrightFest, Frightfest