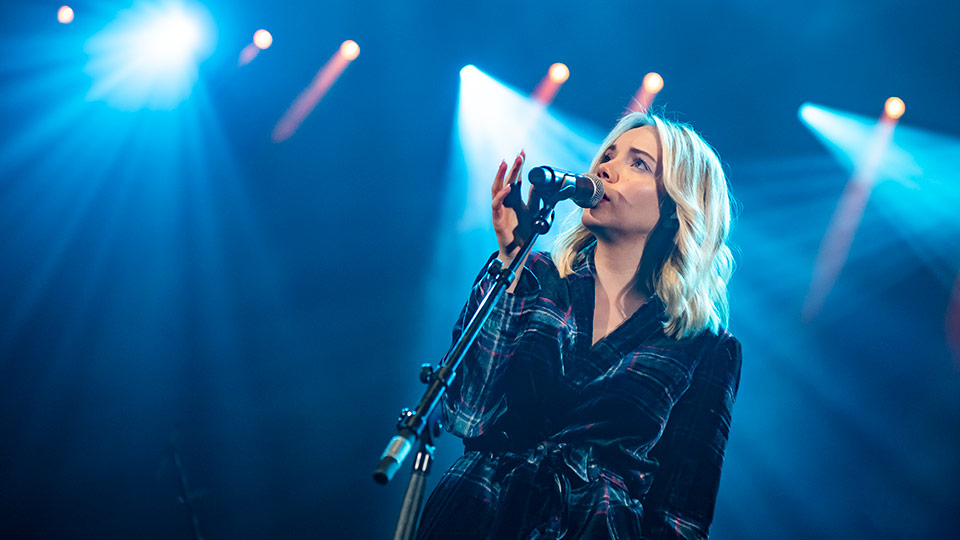 Danielle Bradbery had never been to the UK before her appearances at C2C: Country to Country in 2018.

Since then she’s been to the UK a further two times to perform at The Long Road and to support Thomas Rhett on his headline tour. Bradbery will be back in October as part of Introducing Nashville, the London date of which kick-starts Country Music Week and acts as the launch party for C2C 2020.

I caught up with Danielle recently to talk about Introducing Nashville, find out where she’s at with new music and to discuss her versatility as a singer.

The last time we spoke was towards the end of 2018 when you were here with Thomas Rhett. How have you been?

You’ll be back in October for Introducing Nashville as part of Country Music Week. This will be your fourth time in the UK won’t it?

The Introducing Nashville show will feature yourself, Chris Lane, Travis Denning and Rachel Wammack. What can we expect?

It’s a version of your regular Nashville writers round that we want to bring over to you guys. A round like that is usually all of us on stage at once, going one-by-one singing a song and telling our story. I think that type of performance is always so fun to do and I feel for the fans it gives a little bit more of an insight of what’s going on with us and hearing new songs if we have them to play… going back on older songs and just telling our stories. We’re just bringing the old-fashioned Nashville writers round to the UK, which I’m pretty excited about. The fans over there are so loyal and just love to listen to every word you have to say to every song you sing. The writers round layout is the perfect place for somebody that’s willing to listen. That’s what it’s all about. I can’t wait for it. It’s going to be really fun. I’m so excited to be coming with the artists that are going to be with us.

Recently you released a cover of the A Star is Born song Shallow with Parker McCollum, which seems to be taking on a life of its own. Tell me a little bit about how that came together…

Shallow became one of my favourite songs to listen to. Just the heart and the sound of the song… it was a country song to me. When I first heard it that’s all I could hear, a country song telling a story. That’s what I loved so much about it. A lot of people had the same mindset that I did, doing so many covers of it. A lot of people did their take on it and I was one of them. I asked my good friend Parker McCollum and he did such a good job on the male part. I don’t think I could have heard any other voice on that song with me. He just kind of had the vibe that Bradley Cooper had already stamped on the song so it couldn’t have been more perfect. It happened very natural and the fans, thank goodness (laughs), loved it. The support I had behind it was really, really awesome. I was very excited to do it and it was probably one of my favourite covers I’ve done. It was really fun.

Earlier this year you released the Yours Truly cover series, which saw you singing songs from all kinds of different genres. You really do have the ability and versatility to sing anything and it sounds amazing. What’s it like to be able to do that?

Oh man, well thank you! I owe a lot to the singers and the type of music I grew up on. My family listened to all types of music. My dad’s side of the family was more of the country music side of things and my mom, she loved country music too, but she introduced me to the R&B and pop side of things. She listened to Latino music and more of the Spanish side of music. I got a little bit of everything. I kind of take that mindset and put it to other songs that I’ve heard. I grew up singing along to all those different types of music too. I naturally was born into different genres not just one. Singing along to them kind of trained me to be able to sing along with these artists. It’s really cool to be able to do that and I’m very lucky so why not use that and just put it into my music and other music and making them my own. It’s really, really fun for me to do.

I would really like to hear you do some Latino-tinged music actually. I could really imagine your voice with a flamenco guitar. The Latin sound is big at the moment across the world. Is it something you’d be interested in exploring?

Oh yeah for sure. I don’t have anything worked up right now and I haven’t started on that but I’ve definitely talked about it. That’s something that I’ve been wanting to do for a long time. Even to sing in Spanish would be something that’s the first time I’ve ever done. It’s a part of me. My grandmother was born in Mexico and and I grew up listening to her. My family speaks Spanish to me and only Spanish. It’s definitely an idea that I have for sure, it’s a big one. Hopefully I’ll get to work on that soon and have something different and special for everyone.

You mentioned earlier that you’ve been writing a lot since I lost saw you. Where are you at in terms of the next record?

We’re we’re working on it right now and I’m so excited that we’re getting the ball rolling on everything. I’ve been writing a lot, I’ve been listening to outside songs as well and putting my vocal on some songs. I’m just really gearing up and brainstorming about record 3, which is very exciting to say. I don’t have exact dates. It’s just in the beginning process but we’re definitely starting that whole thing, which is super, super exciting for me and the team. I’m brainstorming, I’m getting a lot of ideas down and then hopefully we’ll get the ball rolling even faster and have something for everybody. I’m really happy about that.

I Don’t Believe We’ve Met was the first time you really explored your ability as a songwriter. Are you feeling more confident going into record three given the reaction you’ve had to the songs you’ve written?

Yeah for sure. Just writing as much as they do and getting into the writing room as much as I can, really teaches me. I learn every writing session that I have especially from the other writers as well. Now I do feel a lot more comfortable and have a bigger inspiration on what I’m going to write about and how I’m going to write it, and giving my different outlook on the idea that somebody probably has never heard before. There’s a lot that that runs through my mind when it comes to all that. I’m definitely getting a lot more comfortable. I’m learning every day and it’s really fun to see what comes out of a writing session every time, especially now.

Other than coming to the UK later this year, what other plans do you have for the rest of the year?

I’m just going to continue with the writing process. The rest of the year I have a couple of shows and festivals and I’ll be coming to you guys and sharing what’s been going. I won’t stop working on new music and I’m just really working on my platform. I’m getting more and more excited with everything I do so there’s a lot to look forward to. I can’t wait to see what’s going to be happening.

Danielle Bradbery’s album I Don’t Believe We’ve Met is out now. She will be in the UK for the Introducing Nashville tour at the following dates:

Tickets are available from https://ticketmaster-uk.tm7559.net/WPxeG.