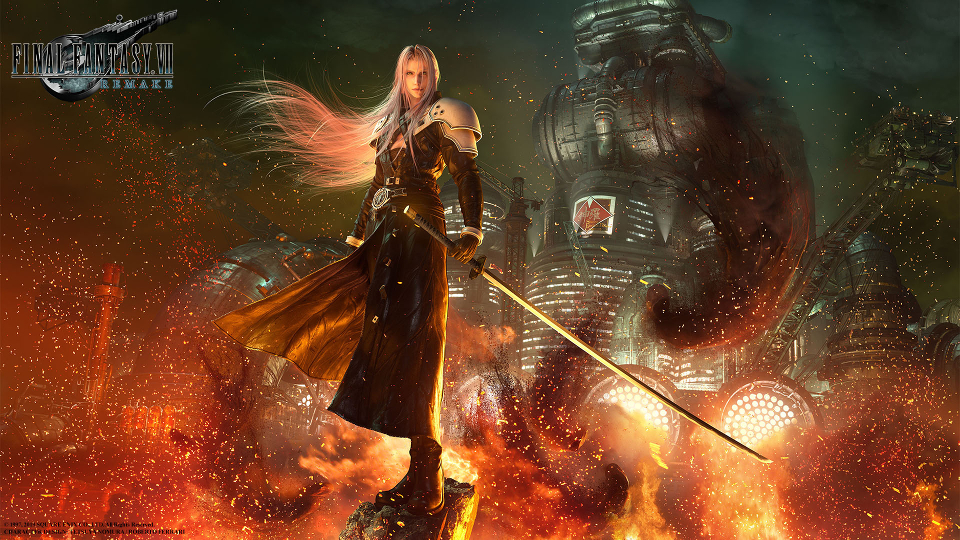 Square Enix have finally announced a release date for the Final Fantasy VII Remake. The game will be available from 3rd March, 2020 for PS4.

Alongside the release date, new key art (see image above) featuring the game’s infamous villain, Sephiroth, set against a burning Midgar skyline was also unveiled during the Final Fantasy VII – A Symphonic Reunion concert at the Dolby Theater in Los Angeles.

Rebuilding and expanding upon the legendary RPG, Final Fantasy VII Remake tells the story of a world fallen under the control of the Shinra Electric Power Company, a shadowy corporation controlling the planet’s very life force as mako energy. In the sprawling city of Midgar, an anti-Shinra organization calling themselves Avalanche have stepped up their resistance. Cloud Strife, a former member of Shinra’s elite Soldier unit now turned mercenary, lends his aid to the group, unaware of the epic consequences that await him.

More information is set to be revealed during Square Enix E3 Live on Tuesday 10th June at 2am BST.