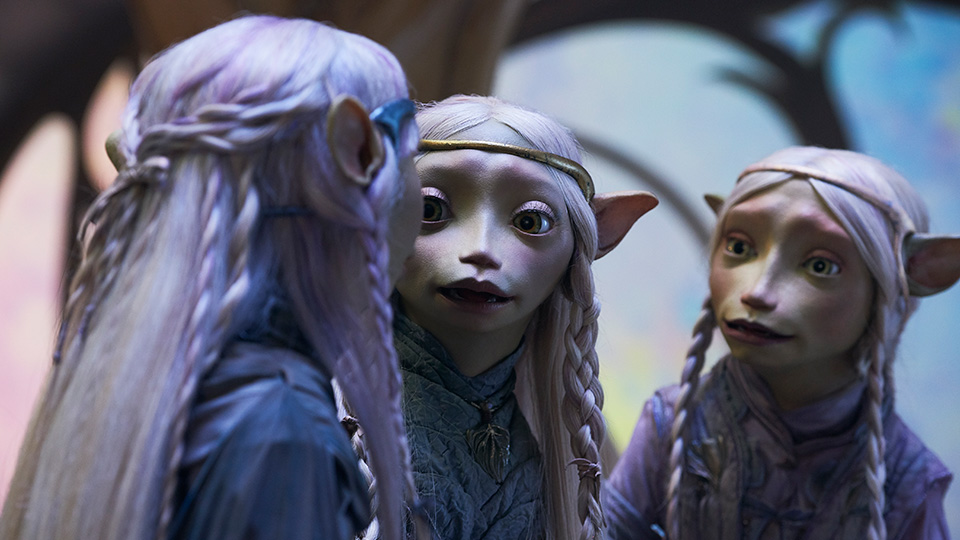 The teaser trailer and poster have been released for The Dark Crystal: Age of Resistance.

Based on Jim Henseon’s ground-breaking 1982 film The Dark Crystal, the new series tells a new epic story set many years before the events of the movie. Watch the trailer below:

When three Gelfling discover the horrifying secret behind the Skeksis’ power, they set out on an epic journey to ignite the fires of rebellion and save their world.

The world of Thra is dying. The Crystal of Truth is at the heart of Thra, a source of untold power. But it is damaged, corrupted by the evil Skeksis, and a sickness spreads across the land. When three Gelfling uncover the horrific truth behind the power of the Skeksis, an adventure unfolds as the fires of rebellion are lit and an epic battle for the planet begins.

Ritamarie Peruggi is the producer with Tim Wellspring as Line Producer, Cameron Richardson as Associate Producer and Vivan Lee as co-producer with The Jim Henson Company producing.

Aughra will be voiced by Donna Kimball. Additional characters will also be voiced by puppeteers from the production, including Alice Dinnean, Louise Gold, Neil Sterenberg and Victor Yerrid as Hup.

The Dark Crystal: Age of Resistance will be released on Netflix on 30th August 2019. For more information head over to netflix.com/thedarkcrystal.